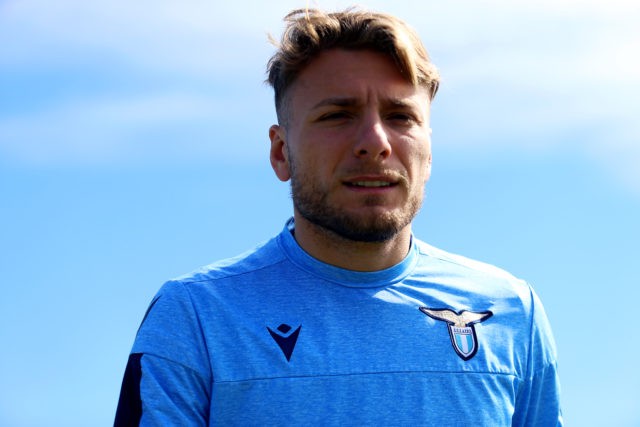 Everton are prepared to make a serious contract offer to Ciro Immobile in order to convince him to leave Lazio for Goodison Park during the next transfer window, a report from Citta Celeste claims.

Immobile has been in exceptional form for Lazio this season and he has already netted 30 goals from just 33 appearances across all competitions for the club.

As a result, the capital outfit are within one point off league leaders Juventus and they have the chance of ending their two-decade wait for the Scudetto, when the season resumes after the COVID-19 shutdown.

Amidst this, it was reported by TEAMtalk last week that Carlo Ancelotti is determined to sign the 30-year-old striker and he would be willing to sacrifice Moise Kean as a makeweight in a player-plus-cash deal.

Immobile has more than three years remaining on his current £3.35m (€3.8m) annual contract but the Toffees are willing to offer him nearly double the package at £7.05m (€8m).

That would equate to around £135,000 on a weekly basis which would make him the highest-paid player at the Toffees ahead of the likes of Bernard and Yerry Mina.

At the moment, Lazio are not looking at the prospect of selling their most valuable player but their stance could change, suppose Immobile signals intent to pursue a fresh challenge.

No Toffees player has netted more than 20 goals in a single season since Romelu Lukaku’s departure in 2017. Dominic Calvert-Lewin could achieve the feat this term but the club still require an experienced and quality striker, who can improve the club’s chances of competing for the European places.