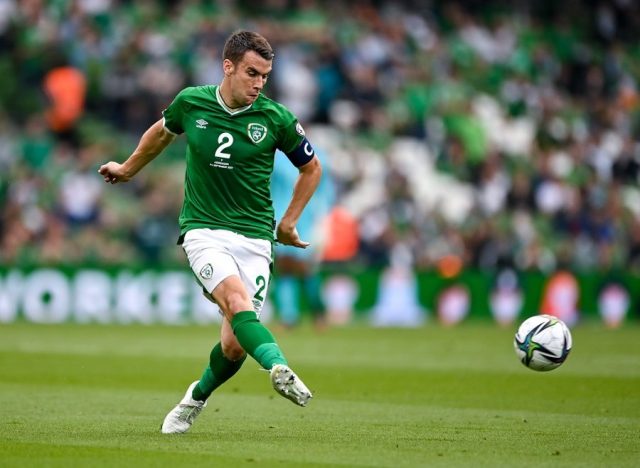 Everton fans have expressed their concerns after reports emerged that Seamus Coleman has picked up an injury whilst on international duty.

Coleman picked up the injury during the Republic of Ireland’s World Cup qualifying game against Azerbaijan. The Everton right-back played the entire 90 minutes as it ended in a 1-1 draw.

Ireland will face Serbia on Tuesday evening, but it seems Coleman won’t be playing the game. Through their Twitter account, the Republic of Ireland have confirmed that Coleman has suffered an unspecified injury.

Cyrus Christie has been called up and will link up with the squad tomorrow #COYBIG | #WeAreOne | #IRLAZE pic.twitter.com/UnXvldBeIQ

Many Everton fans have taken to Twitter to express their reactions after the news broke out. Here are some of the selected tweets:

Rafa has a plan, that I'm positive about. Also, if the plan means 3 at the back, we know he isn't going to have us sitting in a low block like CA did. The formation may change, but the style will not.

I was telling my friend about this MASSIVE hole in our squad and she was so baffled how it can happen. I held my breath after the tackle that got the pen last week. Now this. Genius.

Tell you what though. All those games at RB for Godfrey and Holgate. They could eventually become good full backs. 😂

Can see Aurier coming in tbh

Wow, what a shock

The right-back is one area where Everton needed to bolster this summer, but they failed to address the situation.

Everton will hope that the injury to Coleman is not serious and that he can quickly return to action for the Toffees.

In his absence, Rafael Benitez will have to rely on Jonjoe Kenny, who failed to make an impact during his loan spell at Celtic last season.

The Spaniard can also use either Mason Holgate or Ben Godfrey for that role. Or, he may shift to a three-man defence with Alex Iwobi playing as a right-wing-back.

Many fans also feel Everton could sign Serge Aurier who has left Tottenham this summer after terminating his contract. Arsenal are reportedly interested in getting him on free, but whether Everton will take that option remains to be seen.

In all probability, Benitez will not sign another player, rather he will stick with the existing system. Instead, the Toffees should look to sign a quality young player in the future transfer windows.