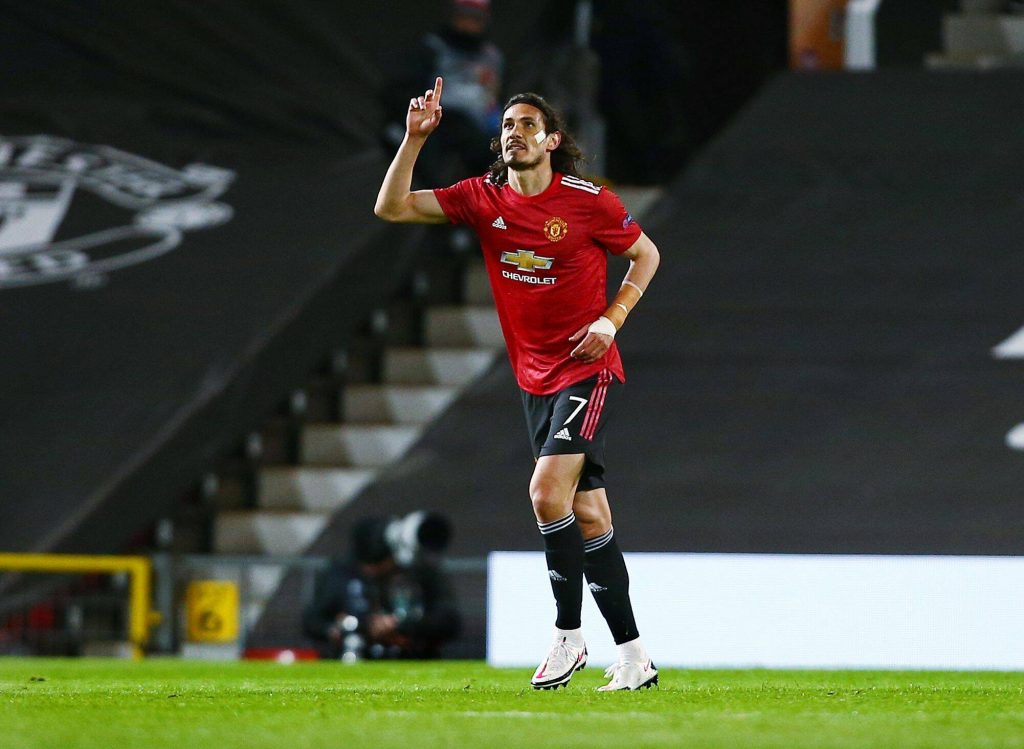 After weeks of speculation, Edinson Cavani has reportedly decided to remain with Manchester United, rejecting a return to his native South America.

Cavani has been a very reliable option for United since joining from Paris Saint-Germain in 2020.

The Uruguayan has scored 12 goals across 33 appearances in all competitions this season, with his latest two goals coming in the 6-2 win over Roma on Thursday night.

According to ESPN journalist Moisés Llorens, Cavani has now decided to continue with United. Llorens also claims that this should be made official next week.

Cavani is said to have had doubts over staying with United, following interest from Boca Juniors, but will fulfil his Old Trafford contract that will run until 2022 when United trigger their one-year extension.

That will come as a big boost for United, who can now strengthen other areas of the team in the summer transfer window.

The Red Devils have already been linked with a plethora of central defenders, including Real Madrid’s Raphael Varane and Villarreal’s Pau Torres.

SL View – Where does this leave Manchester United’s pursuit of Erling Haaland?

United have been one of the clubs linked with a move for Borussia Dortmund star Erling Braut Haaland, and Cavani’s new deal may spell the end of those rumours.

With Anthony Martial, Cavani and even Mason Greenwood available in the striker position, as well as Marcus Rashford if needed, it may be a mistake for United to splash so much cash on Haaland.

Instead, they would be better suited to spending those funds on a top-class central defender and potentially a new central midfielder.

Varane would be the ideal option for United in defence, having won multiple Champions League trophies and a World Cup in recent years.

However, recently linked Ben White could be a good option for the Red Devils if they can convince Brighton & Hove Albion to sell.