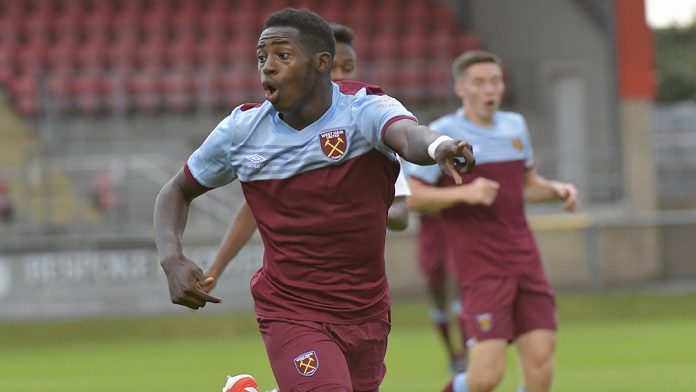 Jeremy Ngakia made his Premier League debut during West Ham’s 2-0 defeat against Liverpool in January.

The 19-year-old right-back made his first Premier League start for the Hammers in front of a packed-out 60,000-strong London Stadium, and it was a day he will probably never forget.

After making his Premier League debut, Ngakia’s name was unveiled as the latest addition to the Academy of Football ‘graduates board’ at Chadwell Heath Training Ground as part of a short celebratory ceremony.

Gold is a not a hugely popular figure among the West Ham fans. There have been talks going on around about a potential change in ownership at the club, and many fans have responded to his tweet in a bitter manner.

Bet you charged him full price for the shirt

It wasn’t so great to see us lose though, your incompetence of getting in a shit manager ( twice) makes it even worse. #moyesout #GSBOUT

Is this the same Academy you try and get everyone else to fund other than yourselves?

Ngakia’s impressive debut against the Premier League leaders was just another landmark in a memorable campaign for the 19-year-old.

The full-back began the season with Dmitri Halajko’s Under-23 side, starting their first two league games before suffering an injury which ruled him out till early December.

He has done enough to impress manager David Moyes to be named in a West Ham United matchday squad for the first time against Sheffield United, and three weeks later he made his Premier League debut.

Meanwhile, West Ham find themselves 18th in the Premier League table. The Hammers will face Manchester City and Liverpool in their next two Premier League games.