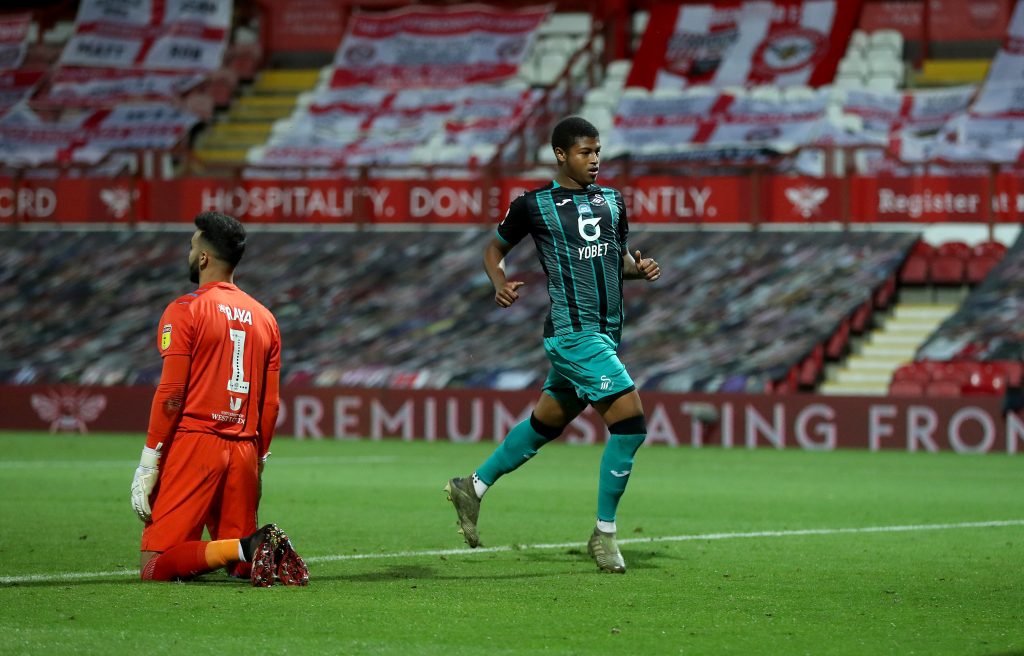 Liverpool striker Rhian Brewster has been linked with a move away from the club and it seems that Crystal Palace are currently favourites to sign the youngster.

The 20-year-old was on loan at Swansea last season and he managed to score 11 goals for them.

Brewster has a massive future ahead of him and he needs to play regular football right now to continue his development.

Liverpool cannot provide him with sufficient first-team action currently and it would be wise to loan the player out for another season.

However, Daily Mail are claiming that the Champions are willing to sell the player permanently for a fee of around £20 million.

Liverpool will demand a buyback option and a sell-on clause if Crystal Palace agree to sign the striker permanently.

A move to Palace could be the ideal next step in Rhian Brewster career right now. The London club need to sign a quality young striker and Brewster is likely to get considerable game time at Selhurst Park.

It will be interesting to see where the youngster ends up eventually. He has been linked with the likes of West Brom as well.

The likes of Origi and Wilson have been linked with moves away from Anfield as well.