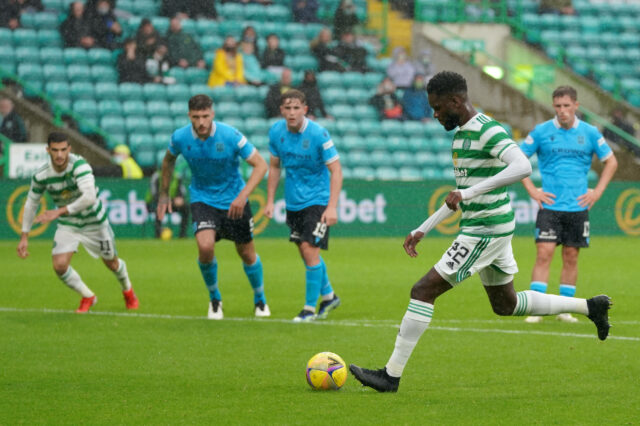 Crystal Palace boss Patrick Vieira has addressed the need to sign a striker this summer.

According to The Sun, the Eagles ‘could make a move for’ for Celtic striker Odsonne Edouard this month.

The Bhoys spent £9 million to land the French striker from Paris-Saint Germain on a permanent deal in 2018, after initially signing him on loan the season before.

PSG have a sell-on clause, which is reported to be around 40 percent of any profit from the fee. As a result, Celtic are demanding around £15m.

He was also on the radar of Southampton. However, it seems unlikely that the Saints will move for him following their capture of Adam Amstrong.

Brighton are one of the clubs that are keen to sign him, with Graham Potter remaining a keen admirer of his talents.

Edouard has been sensational for the Bhoys in the past few years.

He scored 22 goals in all competitions last season, which was a disappointing campaign overall for the Hoops. Edouard was the only shining light.

Edouard has proved himself in the Scottish Premiership. He is a fantastic goalscorer and is equally adept at creating chances for others.

At 23, he is the right age to make a move to the Premier League. He would be more than handy for mid-table clubs like Palace or Brighton.

However, he is demanding a salary in the region of £85,000-a-week which is proving to be a big obstacle.

Edouard has only a year left on his current deal, and Celtic are open to let him go.

Ange Postecoglou is confident that Celtic can cope with Edouard’s exit. Signing a striker is a priority for many Premier League clubs, but Edouard needs to lower his expectations.