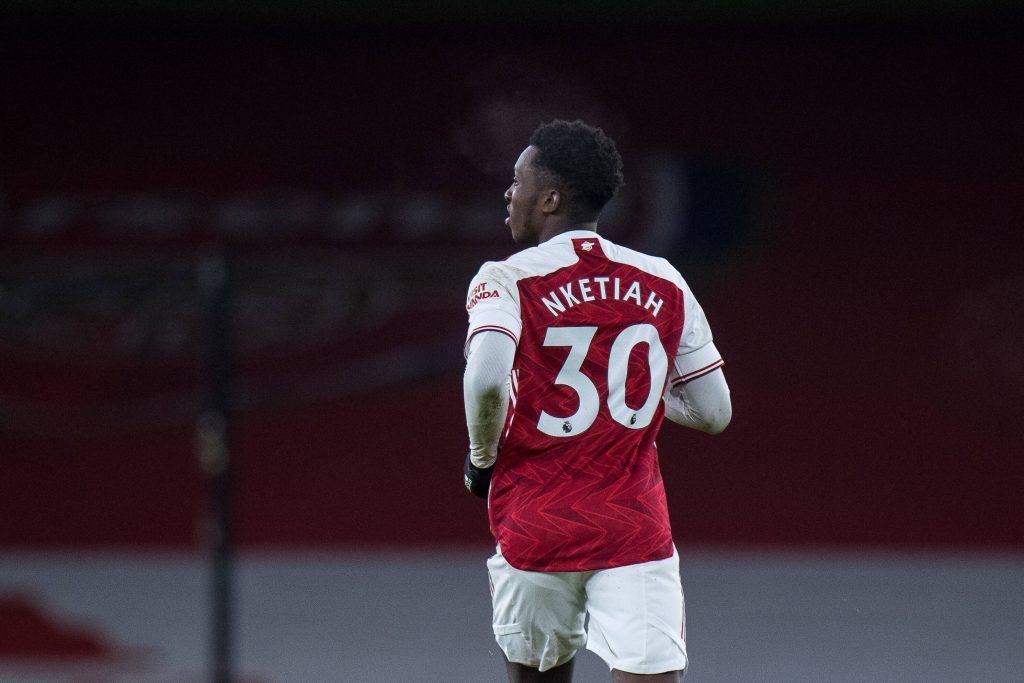 Crystal Palace are working on several deals as Patrick Vieira wants to add more depth to his squad before Tuesday’s transfer deadline.

According to the Sun, the Eagles want to sign Eddie Nketiah from Arsenal and are ‘trying to agree a price’ for the young striker.

Palace have already made a bid of around £8m which was rejected, but they are willing to go up to £12m.

Arsenal’s initial asking price was £20m, but he could now be available for less.

The Eagles are currently leading the race for Nketiah, although Brighton & Hove Albion could also make a move.

The 23-year-old is liked by Vieira, and he is also being targeted by Brighton.

The cost of signing him from Celtic is high. Palace tabled a £15m offer for the French striker, who is also being chased by several clubs including Rubin Kazan, Bordeaux and Nice.

Edouard, who is in the final year of his contract at Celtic, is keen to move to the Premier League and he ‘would also take less money’.

Premier League rivals Everton may also join the race for Edouard, who is almost certain to leave Parkhead in the next 48 hours.

However, the entire report seems contradictory or the wording from Alan Nixon is not entirely clear.

It says – Palace are ‘basically offering the vacancy to which striker grabs it first’, and he also mentions – “they put pressure on BOTH (Nketiah and Edouard) to commit and join them’.

Since Palace have submitted bids for both the strikers, we can assume that the London outfit are keen to sign both of them.