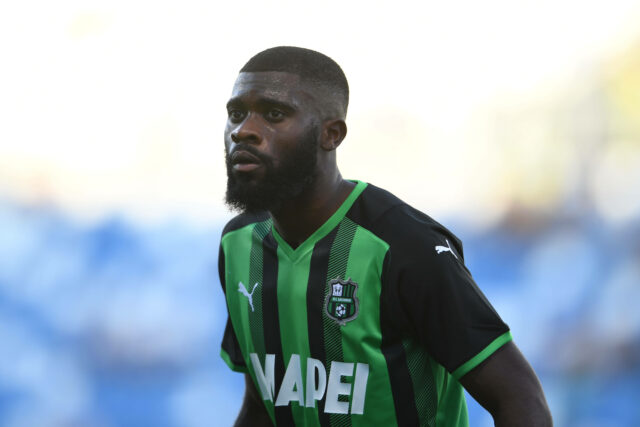 The 24-year-old is also wanted by Leeds United this summer, but it seems that Palace have initiated talks to sign him.

Since joining the Italian club from Chelsea, Boga has bagged 18 goals and eight assists in 92 appearances.

Boga has asked to leave Sassuolo, according to the Serie A outfit’s chief executive Giovanni Carnevali. The Italian club are expected to demand a fee of around £25 million.

The Daily Mail claimed recently that Whites boss Marcelo Bielsa wants to bring the forward to Elland Road this summer.

The Ivorian can play anywhere along the front-line and would have been a smart signing for the Whites, but it seems he is not Bielsa’s first-choice target.

According to reports from The Telegraph, Leeds are close to signing Daniel James from Manchester United for a fee in the region of £30m.

Leeds are unlikely to sign any more attacking players after securing James.

Unless Everton and West Ham make a late approach, Palace should be able to secure his signature if they meet Sassuolo’s asking price.