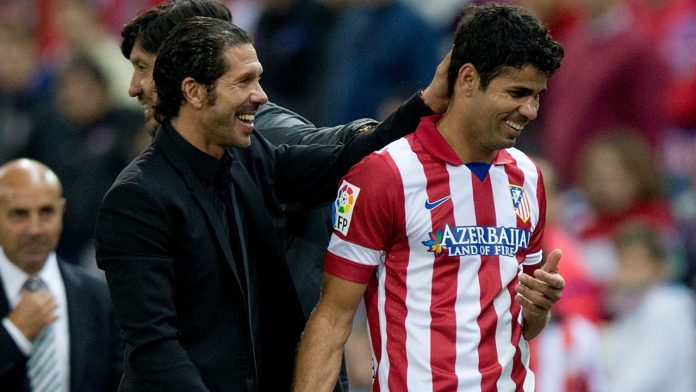 Chelsea are prepared to make a big money offer for the Atletico Madrid manager Diego Simeone.

The Blues are looking for a long term replacement for Guus Hiddink and Roman Abramovich appears to be an admirer of the Argentine manager.

The likes of Pep Guardiola, Jorge Sampaoli and Antonio Conte have also been linked with the Premier League champions but Abramovich is keen to acquire the services of Simeone this summer.

According to Spanish outlet Don Balon, the Russian billionaire will offer a package of around £7.65m-a-year (£150k-a-week) to the Atletico Madrid manager.

Simeone is undoubtedly one of the finest managers in world football right now and would be a tremendous addition to any club.

The Argentine manager steered Atletico to the league title in 2013 after winning the Europa League with them in 2011.

Simeone also guided Atletico Madrid to the finals of the Champions League in 2013 where they were beaten by fierce rivals, Real Madrid.

Considering the financial muscle of Barcelona and Real Madrid, Atletico’s journey from a struggling side to definite title contenders every year on a shoestring budget has been quite remarkable.

After a humiliating title defence (worst in Premier League history) this season, the Blues will be determined to bounce back in style next season and Abramovich believes that Diego Simeone is the ideal candidate to lead the Blues back to the top.

Chelsea are currently 14th in the Premier League table and have won just 6 games so far.

Simeone has always been vocal about his affection for Atletico Madrid and his desire to build a legacy there. However, if Chelsea come calling with a big money offer and the promise of unlimited resources in the transfer market, it would be hard to turn them down.

Furthermore, the Spanish club have been banned from signing players for the next two windows and that could play a vital role in Simeone’s decision as well.