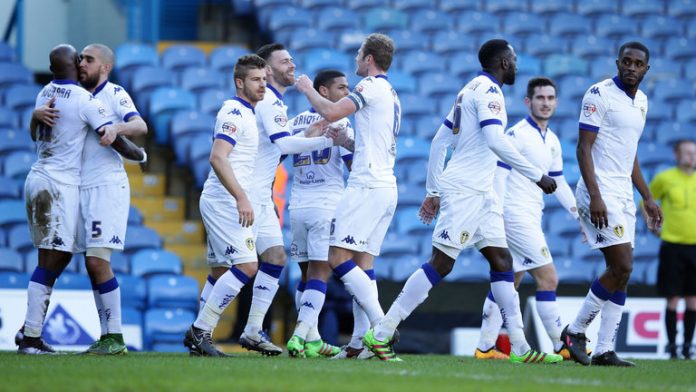 Championship pundit Don Goodman believes Leeds United are a solid bet for promotion, but says Wolverhampton Wanderers need to toughen up if they’re to keep themselves in the mix.

Leeds and Wolves currently lie third and fourth in the table after solid starts to the season, with just Cardiff City and Ipswich Town ahead of them in the standings.

Goodman has seen both sides while working for Sky Sports and he insists it’s the Yorkshire side who are best equipped to mount a serious promotion challenge.

“Leeds gave the best performance that I’ve seen for a very long time in the Championship when they won at Nottingham Forest,” he said.

“It blew me away because they did it with such control against another team that had started the season well and were full of confidence themselves.

“But Leeds went there and really dominated them – they looked very energetic with and without the ball and they’ve set the standard for themselves now. If they can perform at that level then there’s no doubt they’ll have a great chance of promotion.

“As for Wolves, I’ve also seen a couple of teams pass their way out of the league, like Bournemouth and Swansea, but you usually need a good mix.

“If you’re going to get promoted you need to be able to win games when you don’t play well, and to do that in the Championship you have to be able to fight and scrap. Are these young foreign lads going to be up for that on a cold night in February?

“The early acid test for them was the game against Cardiff. If they’d won that I would have sat up and taken real notice.

“But they lost and it was a little bit of a reality check for them, while it may also have provided a template to other teams.

“It’s still been a good start for them, though, and there’ll be more tests for them to pass around the corner.