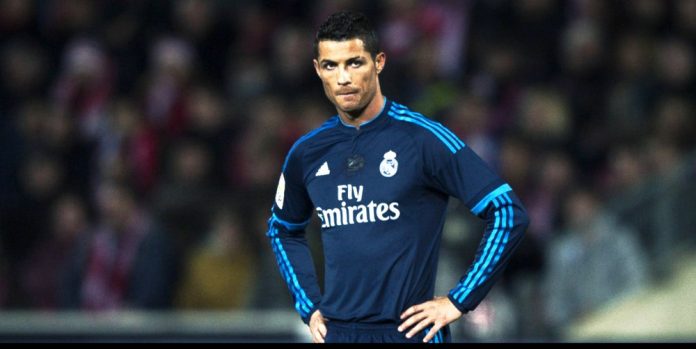 The second legs of the two Champions League semi-finals take place this week, with Real Madrid superstar Cristiano Ronaldo struggling to be fit for his side’s clash against Manchester City on Wednesday, while Los Blancos’ Spanish rivals Atletico Madrid are hoping to deal a fatal blow to Bayern Munich on Tuesday.

The two European superpowers, Real and Bayern, have never faced each other in a European Cup final, and both will have to overcome very different issues in order to book their respective spots. Pep Guardiola’s German champions currently find themselves 1-0 down on aggregate to Atletico, while the aforementioned Ronaldo remains a huge doubt for Real.

Ronaldo is one of the European Cup’s best ever players and is bidding to be the seventh active player to have won three Champions League titles. The Portugal captain, who is the competition’s top scorer this season with an astonishing 16 goals from just 10 games, missed last week’s first leg in Manchester with a thigh injury.

He sat out the win over Real Sociedad on Saturday in La Liga, with Spanish football expert Guillem Balague claiming that the 31-year-old will “decide on the day” whether he is fit enough to take part on Wednesday.

“Some are saying there is no tear (concerning his thigh injury), others say there is. I believe there is a tear, and he wants to treat it with stem cell treatment, which could speed the healing process.

“It would still be tender, so it’s a risk for certain, but the stem cell treatment could help him recover. He will decide on the day, and Zidane will follow whatever Cristiano decides.”

Zidane also rested striker Karim Benzema against Sociedad with the French forward taken off at half time against City last week with a hamstring injury.

Without two of their famed front three, Real were unable to grab a crucial away goal against City last week, and with both Sergio Aguero and Keven De Bruyne fit and raring to go, Manuel Pellegrini’s side surely fancy their chances in Spain if both Ronaldo and Benzema miss out once again.

City overcame the challenge of French champions PSG in the quarter finals and held their own for long spells against the illustrious Real last week. Keeper Joe Hart saved brilliantly from Pepe in the second half and while they will be disappointed not to have properly tested Keylor Navas in the opposing goal, City will be thrilled to have kept the often free scoring Real at bay.

A score draw would be enough to see the English club through to their first ever final, with an away goal in Spain potentially lethal.

Diego Simeone’s side have continued to ruffle the feathers of football’s rich and famous this season with dogged displays, with their manager’s tactics translating brilliantly on the pitch. Atletico are second in La Liga and dumped holders Barcelona out of the Champions League in the quarters, with attacking pair Fernando Torres and Antoine Griezmann particularly impressive up front in recent weeks.

Now, thanks to 21-year-old Saúl Ñíguez’ extraordinary solo goal at the Vicente Calderón, they arrive in the German capital with a precious lead to protect. And if they can manage an away goal, it’ll be a long way back for Bayern, with three goals then needed to send them through.

Outgoing Bayern manager Pep Guardiola has reached the semi-finals of the Champions League in every one of his seven years competing in Europe’s premier competition, and with the talent at his disposal, he will remain confident of reaching the showpiece final, where he could potentially meet his future employers, Manchester City.

Questions have been asked of his decision to leave Thomas Muller out of the starting lineup last week, with the German international Bayern’s top scorer in this season’s competition with eight goals. But with Atletico keeping Bayern at arm’s length for the 90, a repeat appearance from the bench in the second half seems unlikely.

This considering the 26-year-old scored his side’s only goal in the 1-1 draw with Borussia Mönchengladbach – a result that leaves Guardiola’s side inches away from a record fourth successive Bundesliga title.