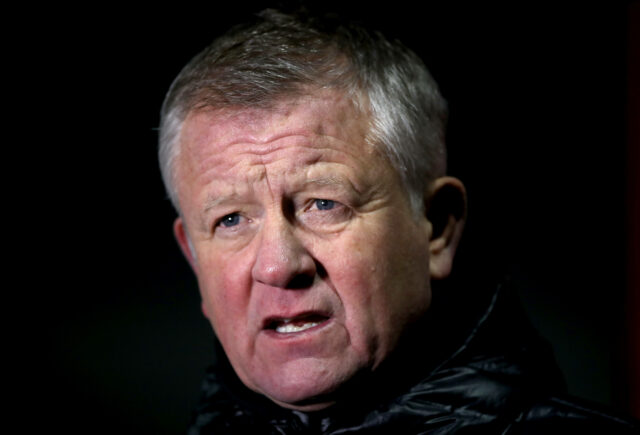 Carlo Ancelotti has shared his reaction to reports that Chris Wilder will step down from his post as Sheffield United manager.

According to reports from BBC Sport, Wilder is set to leave his role on Friday.

The Blades are currently bottom of the Premier League and are likely to get relegated with 10 games left to play.

After almost five years in charge and taking the club to the Premier League from League One during that time, Wilder’s time at the club appears to be over.

This is what Ancelotti has said today about his possible sacking:

“When I arrived last season, Sheffield United was above us. They were fighting for Europe, and it was unbelievable for a team that came from the Second Division.

“I think the job he has done was fantastic, but today he will be the club of the managers that were sacked. I can say to Chris, enjoy your holiday!”

Fan, player, manager, legend, Chris Wilder's given everything to #sufc. Yes, they’re going down; recruitment, injuries and internal politics costing them. Yet the man with the character and experience to lead them back up is Wilder. It’s sad and mad that he’s left #twitterblades

The Blades finished ninth in the Premier League last season.

However, this season has been a real struggle for them, and they had to wait until January to secure their first victory.

They have picked up just 14 points from four wins, and two draws so far, losing their other 22 league games.

The club owner feels that Wilder has been given sufficient transfer funds to bring in strikers like Rhian Brewster and Oli McBurnie.

Wilder felt it wasn’t enough to strengthen his squad to the level required.

In other news, Ancelotti has hinted at his summer transfer plans for Everton.