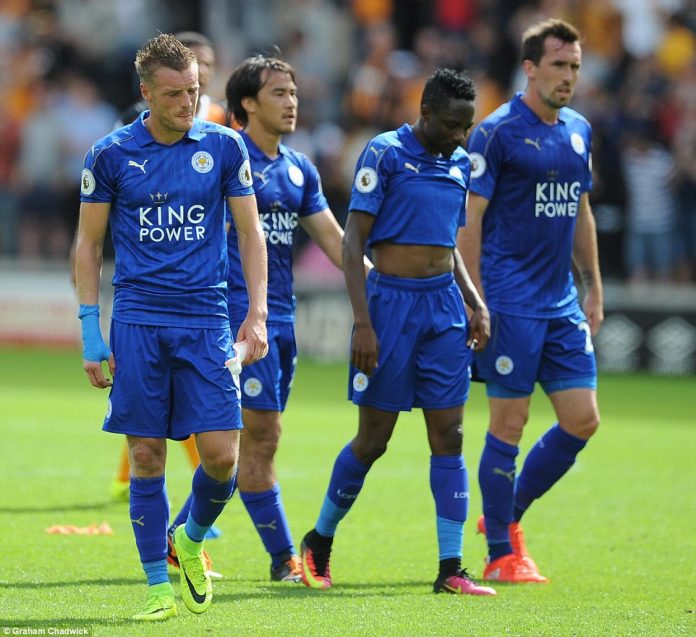 Burnley are willing to offer a lucrative loan fee to sign Leicester City attacker Ahmed Musa on a season long loan this summer.

Signed from CSKA Moscow in 2016, Musa was a regular under former Foxes boss Claudio Ranieri. But the Nigerian has fallen back in the pecking order at the King Power Stadium since Craig Shakespeare took over towards the end of last season.

The 24-year-old played his first game of the new season on Tuesday as Leicester thrashed Sheffield United 4-1 away from home in the English League Cup.

According to the Daily Mirror, Leicester want to offload Musa permanently this summer and cut their losses from the £16.6 million that they paid to sign him.

Burnley boss Sean Dyche is keeping a tab on a number of options including Lorient forward Majeed Waris and Deportivo la Coruna’s Romanian striker Florin Andone. The Clarets want to reinvest the money they received from the sale of Michael Keane and Andre Gray.

It is also being reported that Dyche is looking to add another centre-back to his squad. Burnley broke their club’s record transfer fee this month on Leeds United’s star striker Chris Wood.  The New Zealand international’s arrival means Ashley Barnes could be sacrificed.

Newcastle United, Middlesbrough and Huddersfield Town are believed to keeping tabs on the 27-year-old.