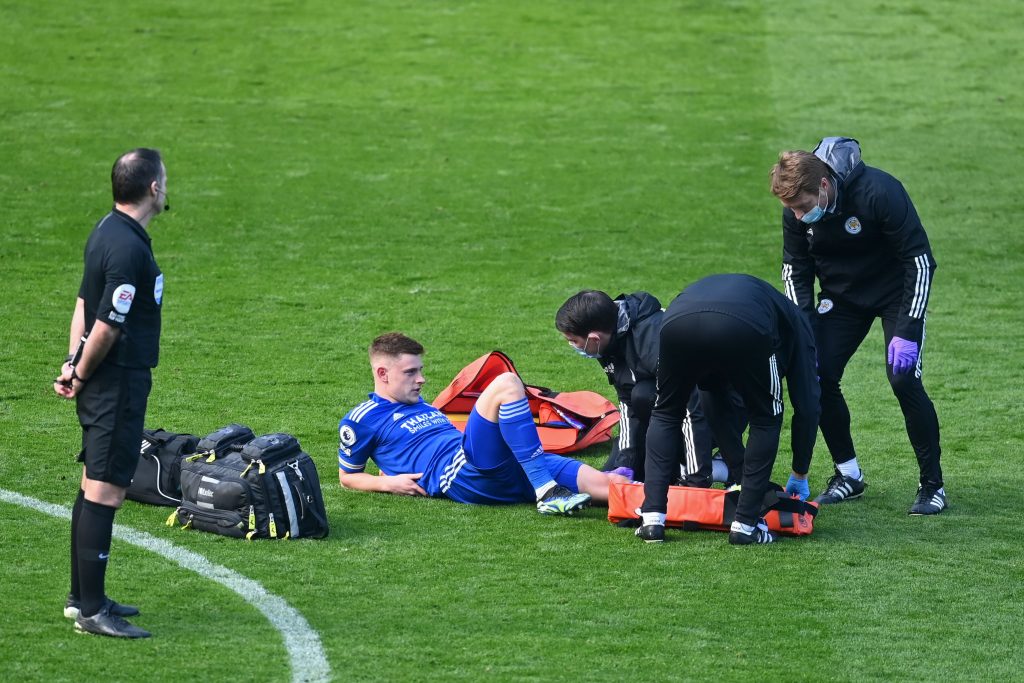 The 23-year-old has been one of the Foxes’ leading performers this term, but they will be without him for several weeks after he sustained a knee injury.

The attacker picked up the setback during the opening minutes of the second half. It initially appeared a muscular injury, but he was later stretchered off with a protective boot on his left leg.

Following the game, Rodgers spoke to BBC Radio Leicester where he revealed that the attacker will need an operation with a bone splitting from his left knee.

The forward was already carrying a minor concern with his knee and has now suffered a significant injury which will keep him out of action for at least six weeks.

He said: “It’s not good news. He needs an operation. He’ll be out for a minimum of six weeks. Part of the bone in his knee has come off, so he’ll need it repaired.”

“He’s had niggles with it. We tried to recover him on Thursday, but it’s a bad one for him. It’s been irritable, and today it’s made it worse. I’ll know more on Monday.”

Barnes has been almost ever-present for the Foxes in the league this term, registering nine goals and four assists from 24 appearances.

It has been recently reported that he is close to signing a new contract with the Foxes and the setback is definitely a huge blow for the club and himself.

James Justin has already been ruled out for the season with a serious knee injury, and James Maddison is currently out with a hip problem.

The setback for Barnes has come at an untimely period, and it remains to be seen whether that has an impact on the Foxes’ top-four pursuit.

The club are third in the table with a six-point advantage over fifth-placed Chelsea, but that gap may reduce, should the Blues beat Manchester United today.

Meanwhile, Barnes will be heartbroken by the injury setback, given he would have been in the plans of England boss Gareth Southgate ahead of next month’s World Cup qualifiers.