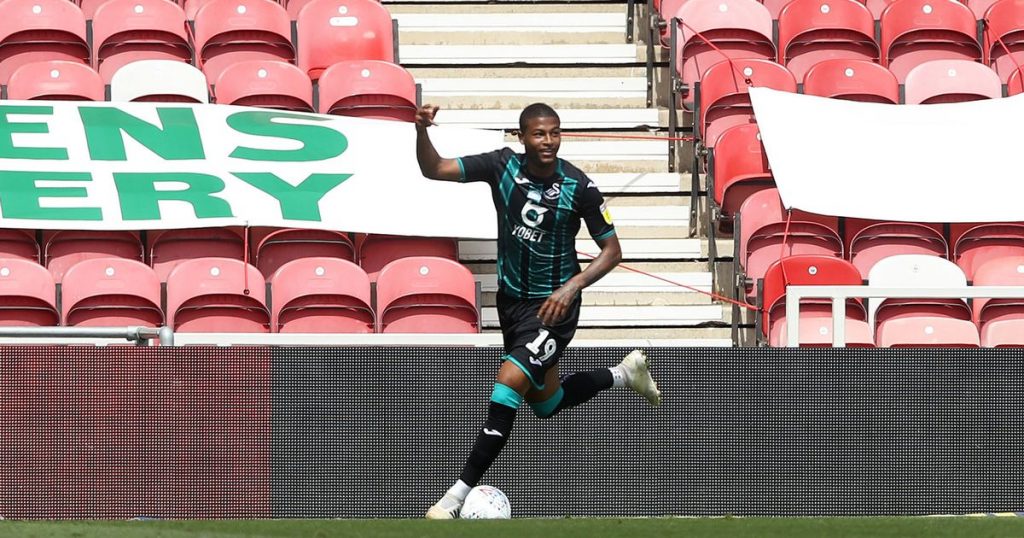 For Swansea the aim for the season restart is to reach the play-offs and they have a really good chance to make that happen.

Going into the first game at Middlesbrough after three months away was always going to be a difficult game back, but it’s one Swansea came through with ease.

Swansea started off with Rhian Brewster up top and with four goals in 11 going into the game with confidence he had a great start putting the ball in the net twice in three minutes to put the game to bed after 21 minutes, but it could have been more if Aldo Kalulu on loan from Basel put the ball just wide when it looked easy to score after racing on from a mistake from Boro captain George Friend.

Swansea extended their lead on 31 minutes when George Friend took out Conor Gallagher in the box and that gave Andre Ayew who had been causing numerous problems for the Boro defenders a chance to put his team 3-0 up from the penalty spot which he did comfortably.

A superb first-half performance by the Swans was only tarnished by Kalulu’s wild, head-high lunge on Hayden Coulson, which surprisingly only saw him receive just a yellow card, though he could easily and should have been dismissed.

The second half was a far more even with not as many chances for either team but Swansea were easily able to hold firm and push on further to be able to secure a playoff place.

I feel that it was a fantastic return to action for Swansea. Every player played very well and we looked like a team full of confidence who could go on and achieve something special similar to 2011.

For Swansea this was a great start back and go into their first game back at home against bottom of the table Luton on Saturday. Luton who come from behind to secure a late draw against playoff-chasing Preston. Luton themselves fighting to stay in the league will put up a fight. It won’t be an easy game but if Swansea can get the win it will set them well on their way to a playoff place.

Will Swansea get that elusive play-off place?