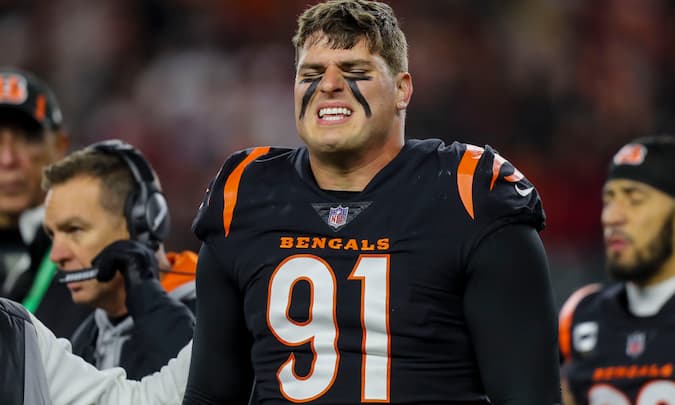 The Cincinnati Bengals were in desperate need of a win in Week 3 and defensive end Trey Hendrickson did everything in his powers to make sure they got it.

The Bengals overcome the New York Jets on Sunday, and it wouldn’t have been possible without a heroic Hendrickson performance.

Hendrickson had four tackles, a career high 2.5 sacks, four quarterback hits,  and a pair of forced fumbles.  This allowed for the 27-year-old to pick up his first ever AFC Defensive Player of the Week award. The last Bengals player to win the prize was DE Carlos Dunlap in Week 17 of 2019.

After 2 1/2 sacks, including two strip sacks, Bengals Trey Hendrickson is the AFC defensive player of the week. pic.twitter.com/jjEQem3gI9

After each sack, Hendrickson points to the sky and flexes. Hendrickson has 20 sacks in 23 games with the Bengals, so his teammates have certainly got used to seeing that celebration over time.

Hendrickson has been the Bengals’ biggest star in defence, and when the Jets were down 11 points on Sunday, they even opted to double team him.