It’s a rare sight to see Bayern Munich fail to win the Bundesliga title multiple seasons in a row, but that looks set to occur after a week that saw them all but concede the title to reigning champions Borussia Dortmund.

However, there’s still a chance to have some real joy this season, if they can somehow take down Real Madrid to reach their second Champions League final in three seasons. The expectation is that they won’t, but the opportunity is there to play the final at their home stadium, and as such opportunities so rarely come around, the effort and motivation levels will be through the roof.

Bayern, when in high gear, are relentless and ruthless, but they might have to ‘settle’ for being more efficient and opportunistic over the two legs if it produces the desired result. They didn’t excel in such an endeavor against Dortmund last Wednesday, holding an edge in possession but failing to make anything of it and eventually losing their composure, the game, and likely the title.

They did, however, do it with better accuracy in the away leg of their Champions League quarterfinal against Marseille. Bayern registered only six shots on goal on the night, but three of those shots were on target, and two of those three shots found ‘the’ target in a 2-0 win.

Of course, Marseille, who were dispatched 4-0 on aggregate, are awful at present, while Real Madrid, even on a bad day, are better than most, but the lesson about making the most of golden opportunities is a universal one in football. Real will allow Bayern their share of opportunities, but whether they have twenty shots or Cristiano Ronaldo alone has more shots than Bayern do as a team, clear chances will be few, and they need to be capitalized on.

Clear chances might be few on both ends, not because either side has an especially fearsome back four, but because this matchup offers up a showdown, if you will, two of the three best keepers in the world, in Iker Casillas and Manuel Neuer. Sure, opportunism in attack is key, because goals will definitely be needed to win this tie. But Bayern’s chances to wreck Real’s final dreams lie as much in and on Neuer’s hands, and Casillas will have to stand tall for Real, especially with Arjen Robben’s propensity for long-distance crackers in mind.

Robben isn’t the only man Bayern have who can turn a match on its head at any moment, and for that reason, they aren’t a team that will be intimidated. They can hold their own against Real in an open game, especially in the first leg in the friendly confines of the Allianz Arena. But with the need to limit how many away goals Real have to take back to Madrid, it all goes back to efficiency and opportunism winning out over going all out.

Away goals came into play the last time these two sides met, in the round of 16 in 2007. In the first leg at the Bernabeu, Real were up 3-1 at the break thanks to a Raul brace, and they would go on to take the victory. But Mark van Bommel’s late, late strike in that tie would prove to be much more than a consolation goal for Bayern, as it meant that a 2-1 home win in the second leg was enough to see them through to the quarters, where they were eliminated by eventual champions AC Milan.

Only a handful of current players on both sides combined were a part of the ties five years ago, when there wasn’t the gap between the best of the best and the rest of Europe’s upper echelon as there is now, with Barcelona and Real Madrid palpably ahead of the likes of Bayern, Manchester United, AC Milan, and others.

In between the first and second legs, Real have the small matter of the latest edition of their heated – and that’s putting it mildly – rivalry with Barcelona, who will be looking to trim Real’s lead at the top of La Liga to only a point with four matches remaining. And while both sides have Champions League semifinals to think about, it’s doubtful to have an effect on the amount of energy and emotion that’s expended on their showdown at the Camp Nou. On the other hand, Bayern have a trip to Werder Bremen, and while they do need a win to keep their faint title hopes alive for a little longer, it wouldn’t be a surprise to see them rest a few of their key players, just as they did in last Saturday’s goalless home draw against Mainz.

Could that prove to make a difference? It could if a rash tackle leads to an injury, a situation that both Real and Barca should be smart enough to try to avoid, or Real were following up a Saturday match at Barcelona with a Tuesday tie in Munich, but that isn‘t the case, as the second leg will be next Wednesday in Madrid. Besides, it might be more of an advantage for Real, whose level of intensity and focus won’t be allowed to drop between the first and second legs.

But it’s safe to say that Real have enough advantages in this tie, and as such, they will successfully navigate the last hurdle that stands in the way of a Champions League final Clasico against their archrivals. For Bayern, there’ll be no shame in defeat, but defeat will be a huge disappointment nonetheless, with next month’s DFB Pokal final serving as little consolation for high expectations and hopes gone unfulfilled. 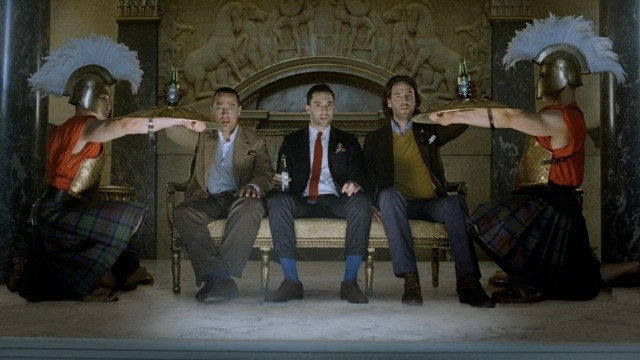