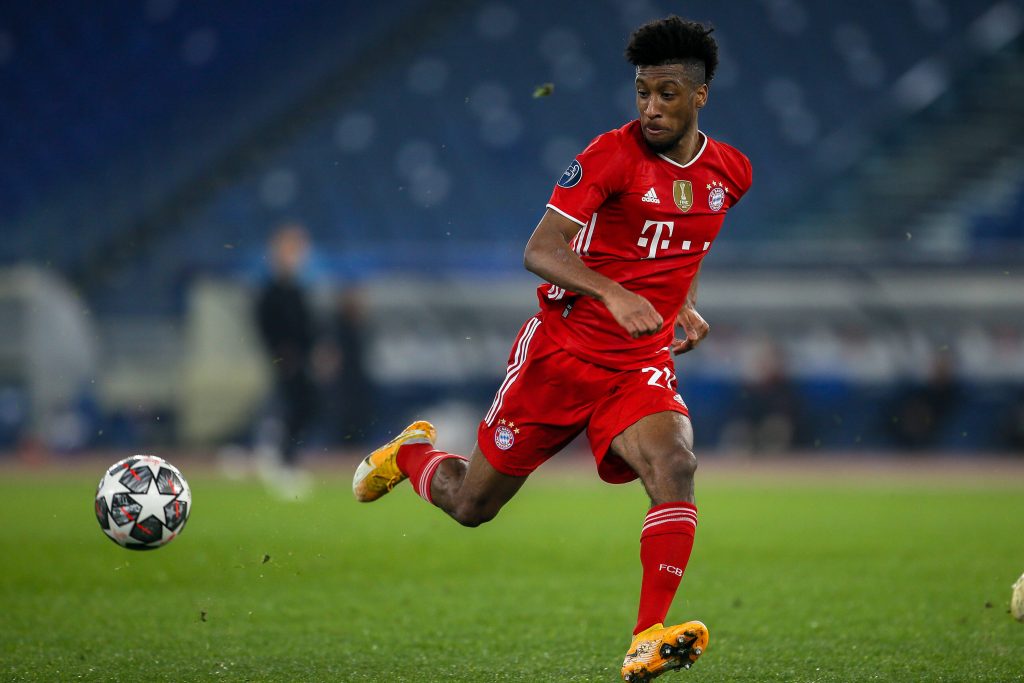 Coman has remained tight-lipped over the prospect of staying in Bavaria beyond the current campaign.

Under contract until June 2023, Kingsley Coman has not given any assurances over his future with Bayern Munich. The France international has been offered several proposals by the reigning Bundesliga champions to extend his stay at the club but so far has not given a definitive answer as to what he wants to do in the future.

Ahead of the team’s last Champions League group game against Barcelona, the former PSG man spoke about his future at the club without going into details.

“I have several options, we’ll see. The club will continue to speak with my advisers and we would have news soon,” he said at a press conference.

As a reminder, Coman was already high in demand during the summer transfer window with the likes of Liverpool, Manchester United and Barcelona eager to acquire his services. However, the France international decided to stay put.

According to Sports Bild, Coman wants a salary between the 16 million to 18 million euros range. It has been stated that the player’s stance has not changed since then. But despite that, there are still doubts whether the experienced winger really wants to leave the club.

And while the contract negotiations have so far proven frustrating for both the club and the player, Coman still seen as a valuable member of the first team and has a lot of clout within the club. This could play a big role in how the negotiations pan out.

But at the end of the day, Coman has the upper hand in negotiations since he has no shortage of suitors who would be willing to offer him a lucrative deal which might end his time in Germany.