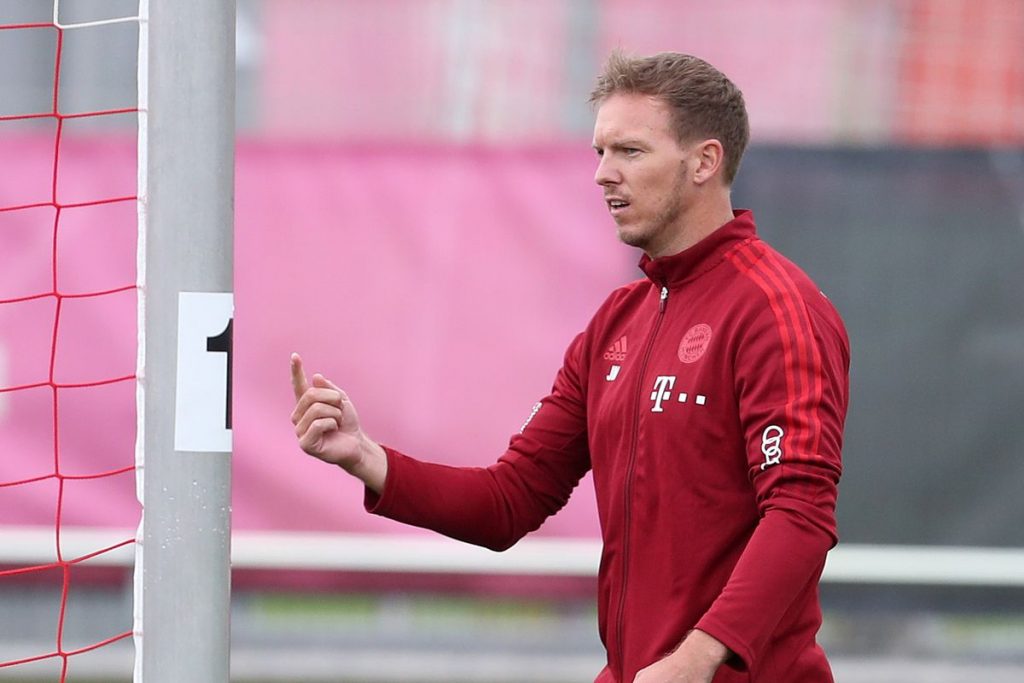 New Bayern Munich manager Julian Nagelsmann has given another show of the tactical flexibility he exhibited at RB Leipzig and Hoffenheim, where he often switched between a back three and back four.

He stated his commitment to a back four earlier this week, testing the centre-back pairing of Tanguy Nianzou and marquee summer signing Dayot Upamecano.

However, he opted for a different formation in the Thursday training session. He used Nianzou, Upamecano and Josip Stanisic in a back three, with Bouna Sarr and Omar Richards as wing-backs.

Much of the Bayern squad is not present in training yet, so the return of key defensive figures such as Niklas Süle, Benjamin Pavard, Alphonso Davies and Lucas Hernandez are likely to change the composition of the defensive line-up quite a bit.

Nagelsmann will look to transform the Bayern Munich defence and implement the same level of defensive rigour he did at Leipzig, who have conceded the least goals in the Bundesliga in two of the past three seasons.

With the departure of veterans and club legends David Alaba and Jerome Boateng, Nagelsmann will aim to fix the gap left in the squad. 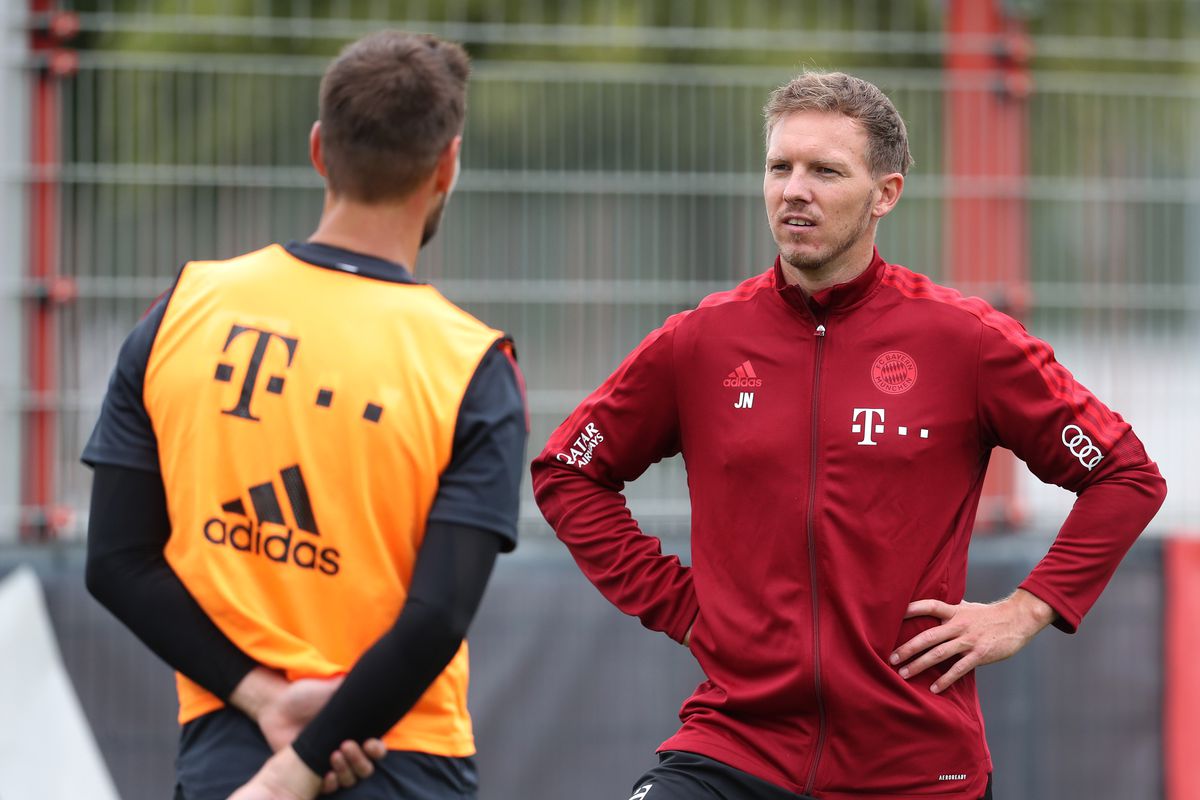 Although new arrivals are not out of the question, Nagelsmann will also look to the returning Chris Richards, who enjoyed a successful loan at Hoffenheim.

He is also tasked with promoting promising talent from the youth team. The ex-Leipzig coach has already teased the idea of trying out youth prospect Christopher Scott as a right wing-back.

Nagelsmann, who joined Bayern this summer for a record fee of around €25 million – the highest ever for a manager- will be keen to justify his price tag.

He is hoping to lead the Bavarian club to a 10th consecutive Bundesliga title, while the Champions League will be another big target.

Nagelsmann previously reached the semi-final of the competition with Leipzig in 2019/20, defeating Tottenham Hotspur and Atletico Madrid before eventually falling to Paris Saint-Germain.

Thankfully for the young manager, the Bayern roster is loaded with players who can shift between positions.

We can expect many changes in the Bayern squad throughout the pre-season friendlies as Nagelsmann bids to implement his philosophy at the club.