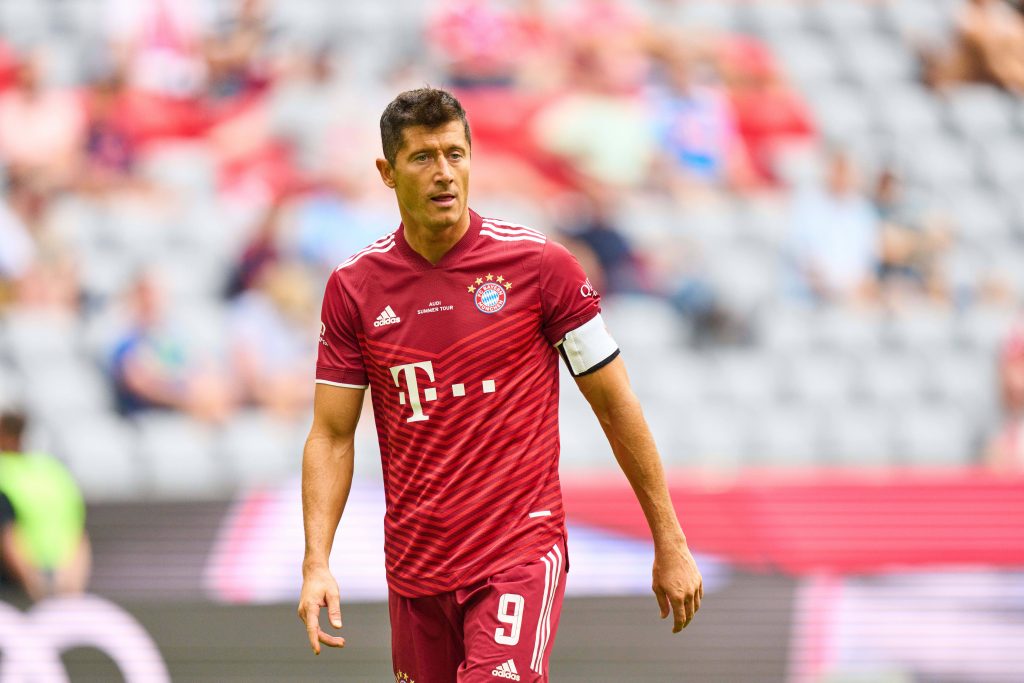 Although the points margin may suggest the Bavarians strolled to a record-extending 31st Bundesliga crown and the ninth in a row, they had some ups and downs.

Hansi Flick, who guided Bayern to a historic treble in 2019/20, vacated the managerial seat at the end of the last season, with Julian Naglesmann taking over.

Now it is up to the highly-rated tactician to maintain Munich’s reign of dominance of German football.

For the first time in his managerial career, Nagelsmann heads into the new campaign as an odds-on favourite to claim the title, which might have some downsides.

First of all, he will have to prove he can cope with the intense pressure that comes with the job.

Secondly, he needs to secure control of a dressing room jammed-full of world-class players with big egos.

Despite Nagelsmann’s undisputable managerial talent and charisma, he has yet to prove himself as a title-winning material.

After helping a mediocre Hoffenheim side establish themselves as a permanent fixture in the Bundesliga, the young coach arrived at the helm of RB Leipzig in 2019.

Nagelsmann led the Red Bull outfit to a third-place finish in his first season in charge before going one better the following year.

During his second season in Saxony, the 34-year-old made a strong case for Leipzig to end Bayern’s long-term reign in Germany but faltered when it mattered the most.

Moreover, his only chance of winning a piece of silverware suffered a horrendous blow when Leipzig succumbed to an embarrassing 4-1 loss to Borussia Dortmund in the 2020/21 DFB-Pokal showpiece event.

Nagelsmann never had the pressure of winning titles during his previous two adventures at Hoffenheim and Leipzig, something that will change at Bayern.

Lifting the crowns in Germany and Europe is an essential part of the job at the Allianz Arena.

Bayern showed they have zero tolerance for underperforming managers by dispatching Niko Kovac in November 2018, only a year after his appointment.

Nagelsmann has arrived in Bavaria heavily motivated, but he has a point to prove next term.

It is not just the Bundesliga

Let’s take our eyes off of the Bundesliga for a moment.

Bayern cannot and will not settle for another successful domestic season without having a shot at European glory.

They will always aspire to European heights and returning to the top of the Champions League will be one of Nagelsmann’s chief tasks.

So the six-time European champions will have their sights set on continental success, even though they have been disappointing in the transfer market to back that claim.

How have Bayern performed in the transfer market so far?

The Bavarians have had a quiet transfer campaign so far and they seem likely to keep it that way by the end of the summer.

Munich triggered Dayot Upamecano’s €42.5 million release clause to take him away from Leipzig back in February.

The centre-back, who has committed to a five-year deal at the Allianz Arena, spent the second half of the 2020/21 season at the Red Bull Arena.

Widely considered one of the most exciting up-and-coming defenders in Europe’s top-five divisions, Upamecano should become a leader of Naglesmann’s backline next term.

In addition to the 22-year-old Frenchman, the perennial Bundesliga champions have signed another highly-rated young defender in the shape of Omar Richards.

After running down his contract at Reading, the 23-year-old left-back joined the German powerhouse on a four-year contract back in May.

Richards picked the No 3 jersey and should contest Alphonso Davies for the place in the starting line-up.

However, Bayern have lost two long-serving stalwarts this summer without finding proper replacements.

Javi Martinez terminated his nine-year stint in Bavaria to team up with Qatar SC while David Alaba moved to Real Madrid on a free transfer.

Bayern’s iconic No 8 refused to pledge his future to the club, having played a prominent role in the team’s unprecedented dominance of domestic football during the past decade.

His influence and versatility were off the charts at the Allianz Arena and replacing him will be an uphill task.

Though they signed Donyell Malen from PSV Eindhoven to provide more ammunition for Erling Braut Haaland, Die Borussen seem to be well below Munich’s high standards at this point.

But Naglesmann’s departure forced the club to surrender the managerial reins to Jesse Marsch, whose only job in Europe was at RB Salzburg in Austria.

The 47-year-old has zero experience in coaching top-flight sides, which could pose a problem for Die Roten Bullen next term.

By contrast, Bayern can rely on Robert Lewandowski to carry them to another league success on the back of a record-breaking season.

The 32-year-old Pole’s ludicrous tally of 48 goals and nine assists in all competitions in the previous campaign put him on the same pedestal with Lionel Messi and Cristiano Ronaldo.

The history indicates he is likely to bring his talismanic form into the new campaign, so Bayern’s chances of extending their terror of German football should be safe and sound.

Based on that, another Bundesliga title should be well within their grasp.

However, whether they can retrieve the Champions League trophy is a different matter.