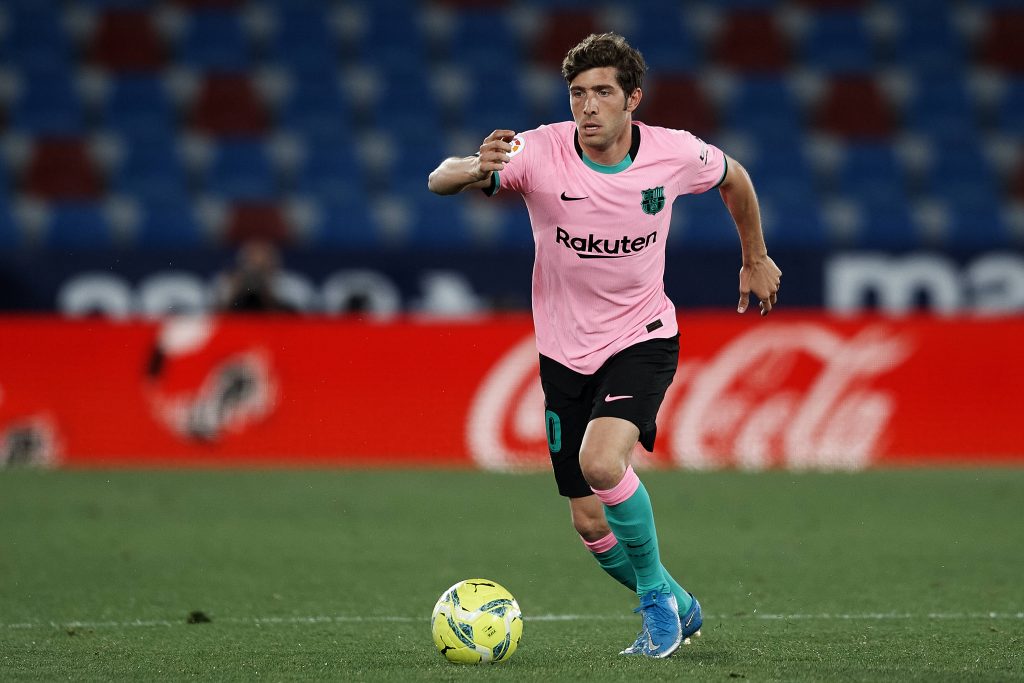 Bayern Munich are interested in Barcelona man Sergi Roberto, according to Goal.

Roberto has spent his entire career at Barcelona, working his way through the ranks before earning his first professional contract in 2009 with Barcelona B.

He has since made over 300 appearances for the first team, winning six La Liga titles, six Copas del Rey and two Champions Leagues.

The Spain international’s future has been in doubt in recent times. He has just under one year remaining on his current contract, and it seems unlikely that he will renew.

La Blaugrana will be hoping to get a fee for him but may also want to get him off the wage bill as quickly as possible.

Although he started as a central midfielder, Roberto has played mostly as a right-back in recent years.

With the much younger options of Sergino Dest and Emerson Royal at the club, he may not get much game time if he stays at Camp Nou.

As a result, he may seek a move away. Goal reports that Bayern are in talks to bring him to Germany this summer.

The Bundesliga champions are reportedly looking for a new right-back in the transfer window.

Benjamin Pavard and Bouna Sarr were underwhelming last season, and the former has played most of his career as a central defender.

Joshua Kimmich can also play on the right side of defence but has recently emerged as a top-class central midfielder.

New manager Julian Nagelsmann will be aiming to continue the work done by Hansi Flick and guide his side to a tenth successive league title.

In addition, he will be hoping to get further in the Champions League, following their elimination in the quarter-finals stage last season to Paris Saint-Germain.

Read also: Ronald Koeman set to give youngster Nico Gonzalez a chance in the first team.