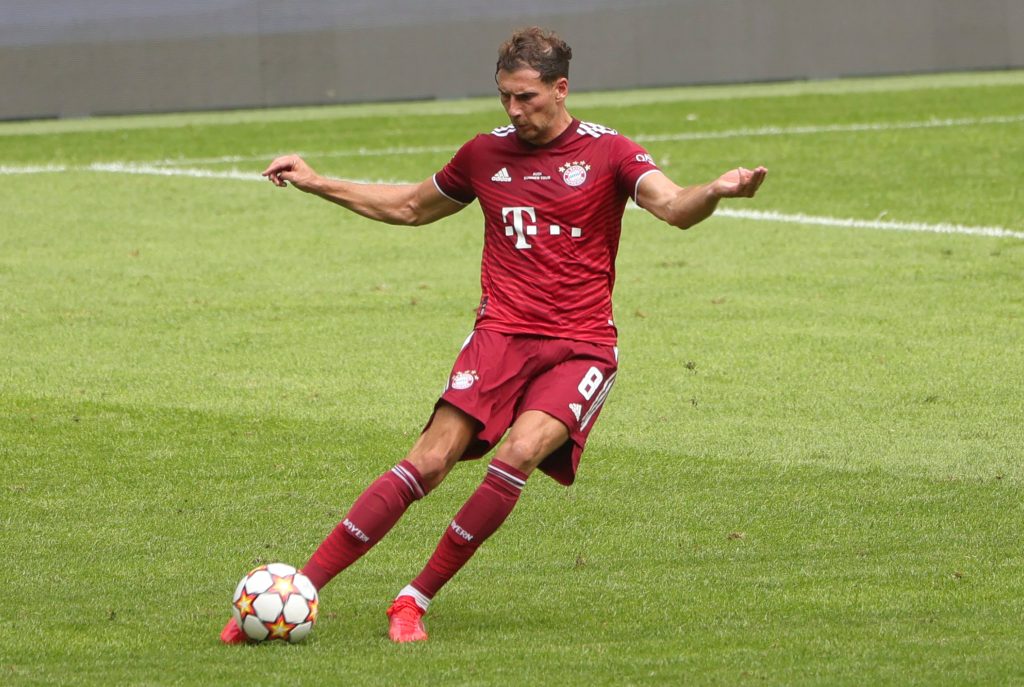 Bayern Munich manager Julian Nagelsmann is confident of Leon Goretzka extending his contract at the club.

According to Sky Sports, the manager has held concrete talks with the 26-year-old midfielder to keep him at the club.

After Bayern’s 3-0 friendly loss against Napoli, Nagelsmann said. “I stay out of these issues. Of course, I have talked to him about my plans for him.”

“I’ve told him I’d be happy if he extended, and I’m also confident. There are several topics involved when it comes to discussing a contract extension.”

“I’ll continue to focus on the sports side of things and show him he can be one of the most dangerous midfielders in Europe. He has potential to get even better.”

With a year left on his current deal, Manchester United are reportedly eyeing a move for the German midfielder.

According to Christian Falk (via BILD), United have offered him a higher salary than Bayern and see him as a possible replacement for Paul Pogba.

The club does not want to lose its star man but is reportedly unwilling to pay over the odds due to the player’s poor injury record.

In an interview with Spox, he addressed the rumours surrounding Goretzka’s future.

Bayern president Herbert Hainer answers about Leon Goretzka and Man United rumours: “We are in good and constructive talks with Goretzka to extend the contract, same for Kimmich. Further talks can now take place. Hopefully we can find a solution”, told to @spox. 🔴 #Bayern #MUFC

This would back up the claim made by Manchester Evening News that the player’s agent has once again used United’s name to secure a better contract.