Arsenal have submitted a £56m offer for the Torino striker Andrea Belotti according to the club’s sporting director, Gianluca Petrachi.

Petrachi has also confirmed that the offer has been rejected and the Serie A club does not intend to sell the top quality striker anytime soon.

We received and refused a €65m (£56m) offer from Arsenal for Andrea Belotti, but it does not reflect the value of the player. Anyway, he is going nowhere for now. We want to enjoy him, and then we’ll see what happens.

Belotti has been in red hot form this season and has scored 17 goals in 21 games for club and country so far. It is clear that Arsenal need a striker if they are to maintain the pressure on the likes of Chelsea and Liverpool, therefore Wenger’s move for Belotti is not a surprise.

The 23-year-old is regarded as one of the hottest prospects in Serie A right now and Torino’s decision to hold on to him is perfectly understandable at this stage of the season. 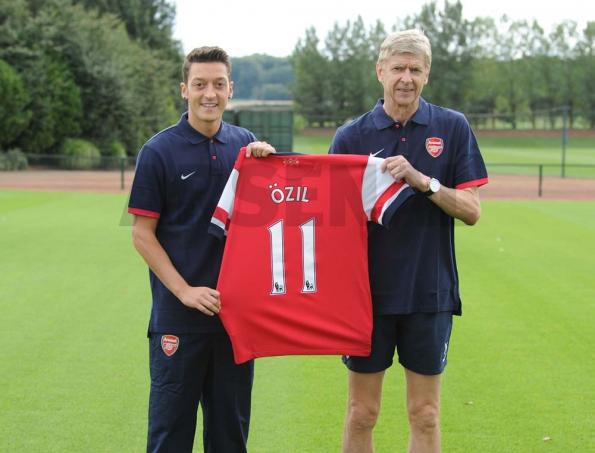 In other news, German midfielder Mesut Ozil has confirmed that he is very happy at the London club and is ready to sign a new deal with them. The world class midfielder has just 18 months left on his current deal and is expected to receive a bumper pay rise.

However, Ozil has revealed that the club must sort out Arsene Wenger‘s future before he can commit to a new deal. Ozil claimed that Wenger brought him to the club and he wants to know if the Frenchman will stay beyond this season before agreeing to a new deal with the Gunners.

Ozil said, in an interview with German magazine Kicker:

I am very, very happy at Arsenal and have let the club know that I would be ready to sign a new contract. The fans want that I stay and now it is just down to the club. The club knows that I am here most of all because of Arsene Wenger. He is the one who signed me and he is the one whose trust I have. The club also knows that I want to be clear what the manager is going to [do in the future].

Wenger’s contract expires at the end of the season and the French manager has indicated that he will not decide his future until then.