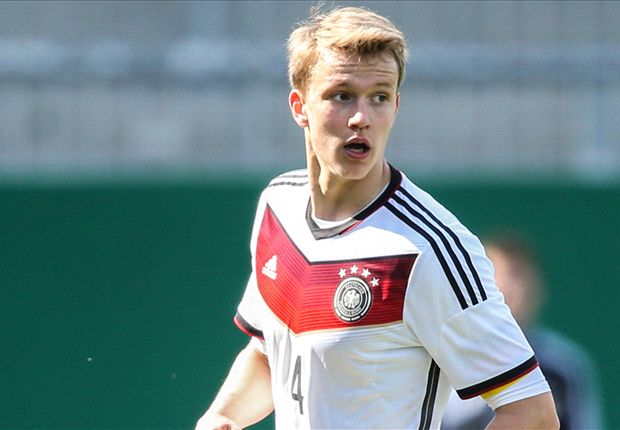 Arsenal are the latest club to show interest in German youngster Lukas Klostermann, according to reports in Germany.

German newspaper the Bild are reporting the Gunners are looking at the 20-year-old following a streak of injuries in defence.

Arsène Wenger’s hand has virtually been forced into the transfer market this week following Gabriel Paulista’s injury in their final pre-season friendly on Sunday.

The Brazilian joins fellow centre-backs Laurent Koscielny and Per Mertesacker as absentees for the season opener versus Liverpool this Sunday.

Now reports in Germany suggest Arsenal are looking at Klostermann.  However, it will not effect their season opener because the Red Bull Leipzig defender is currently in Brazil with the German Olympic team.

The youngster can play anywhere across the back four although is predominately a right-back.  He has experienced back-to-back promotions with Leipzig where they will be playing top flight football this season.

Whether the player will stay at the club remains to be seen.  Prior to Arsenal showing interest, Tottenham Hotspur, Juventus and Ajax have also been linked with a move for the highly-rated youngster.

Arsenal currently have Germans Mesut Özil, Per Mertesacker and Serge Gnabry on their books.

Lukas Klostermann has two years left on his deal at the Red Bull Arena and the club are keen to tie him down to a new contract this summer.  It remains unclear whether the player will extend his deal given the amount of top clubs that are interested in his services.

Arsène Wenger is certainly expected to bring in at least one more defender before the end of the summer transfer window, but many would expect them to arrive sooner than the German currently at the Olympics, given the desperate times they currently face with injuries.  Following their home match versus Liverpool, Arsenal go to defending champions Leicester City for their second game of the season.