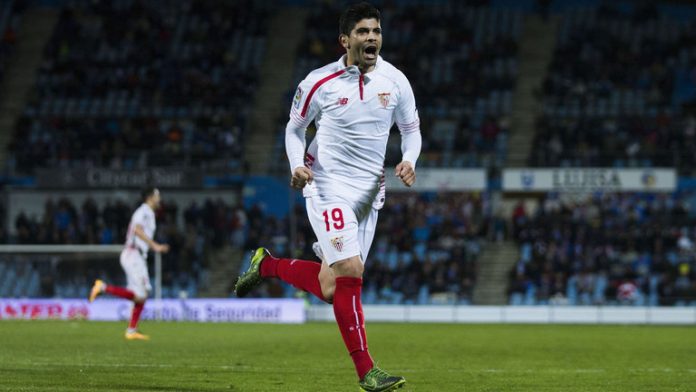 Arsenal have been linked with a move for Sevilla star Ever Banega.

According to Corriere dello Sport, the midfielder’s agent is set to fly into London for talks over a possible transfer to the Gunners.

Banega was signed by current Arsenal boss Unai Emery for Sevilla back in 2014 and enjoyed some of the best football of his career under the Spanish coach, winning back-to-back Europa League titles.

The Argentina international then moved to Inter Milan at the same time as Emery took over at Paris Saint-Germain, but he struggled in Italy and subsequently returned to Sevilla.

He has made 250 appearances in La Liga, scoring 21 goals, and he has also been capped on 62 occasions by Argentina.

Banega is adaptable to a number of midfield roles and would be a useful addition to Arsenal’s engine room.

He would add further South American influence to the Gunners following the news that Sampdoria midfielder Lucas Torreira is joining the club.

Arsenal have come in for plenty of criticism for their failure to compete in central areas, but Banega and Torreira would be a significant upgrade in that department.