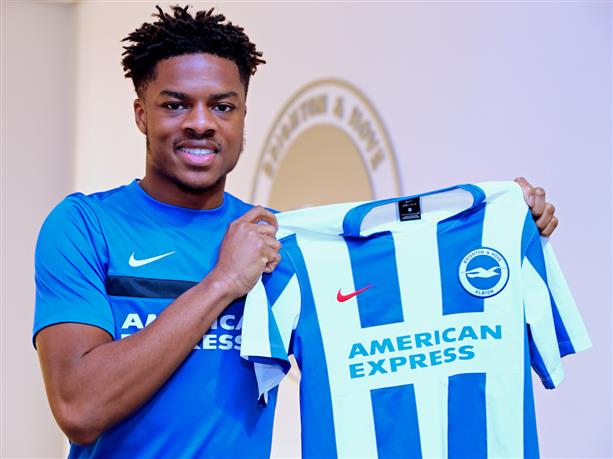 Arsenal striker Chuba Akpom has joined Brighton on loan for the remainder of this season.

The move has been confirmed by both clubs and a statement on Arsenal’s website read: “Chuba Akpom will join Championship leaders Brighton & Hove Albion on loan. The loan is subject to the completion of regulatory processes.”

The 21-year-old forward is highly rated by the academy staff and the Gunners want him to continue his development with regular first-team football. Akpom was a huge hit at Hull City last season and the Londoners are hoping that he can have a similar impact at Brighton now.

Akpom helped Hull push for promotion and eventually return to the Premier League. He made 36 appearances for the Tigers last season and scored seven goals. The young Arsenal striker has enjoyed loan spells at Brentford, Coventry and Nottingham Forest as well in the past.

Brighton manager Chris Hughton seemed delighted to have agreed on a deal to bring Akpom to the club. After expressing his admiration for the player, Hughton also revealed that Brighton had to face stiff competition for Akpom’s signature.

As soon as we allowed Elvis Manu to go out on loan we knew we wanted to add to the forward area, so we are delighted to bring in someone of Chuba’s calibre. He is a young talent who gained valuable experience with Hull in the Championship last season, will give us really good pace in the forward areas and complement the other strikers at the club. We fought off competition from other clubs to sign Chuba and we would like to thank Arsenal for the opportunity of working with him for the rest of the season.

Akpom has been at Arsenal since the age of six and is a regular England youth international right now. The 21-year-old will be hoping to break into Wenger’s first team plans when he returns to the club for next season.