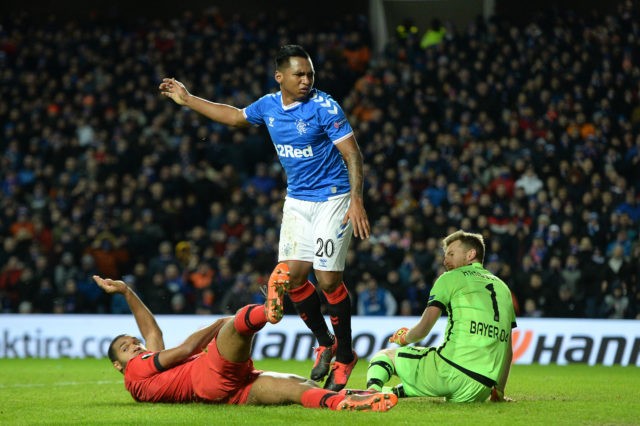 Glasgow Rangers defender Andy Halliday has claimed that he feels Gers striker Alfredo Morelos could stay at the Ibrox club beyond the summer.

The 28-year-old defender has showered heaps of praise on the Colombian, saying Morelos is a ‘crackpot’.

Morelos has once again enjoyed a phenomenal campaign for Rangers this season where he scored 29 goals in all competitions for the Ibrox club.

At the same time, there is a feeling that he has outgrown himself at the Scottish club, and sooner or later could be lured away from Ibrox, with several Premier League clubs already registering an interest.

Halliday has claimed that he hasn’t seen anything from Morelos that suggests the striker’s mind is somewhere else.

“I see his future at Ibrox and I hope Rangers keep a hold of him because I’m sure he will have plenty of suitors as well,” said Halliday, as quoted by the Scottish Sun.

Back in April, The Chronicle claimed that Newcastle United were showing keen interest in signing the Rangers striker.

The newspaper claimed that the player’s asking price has dropped because of the Coronavirus pandemic. Initially, Rangers were looking at a fee of around £35m but he could be signed for just £13m now.

The Magpies would be needing a striker this summer, and Morelos would be a brilliant addition for them. However, any decision and progress over transfer matters will only go-ahead once the takeover is completed.