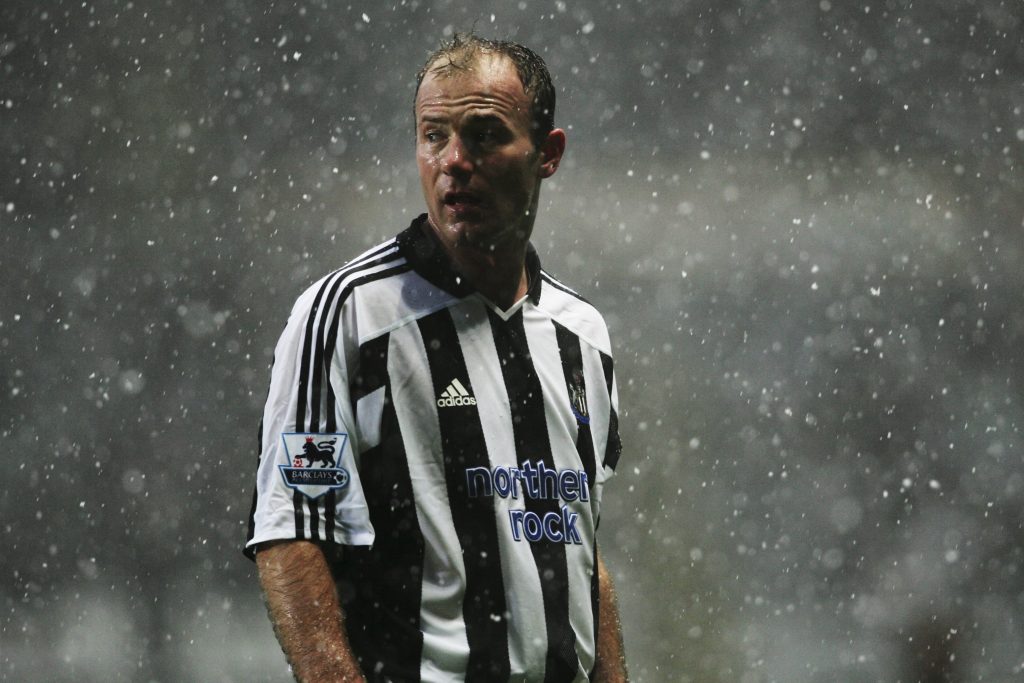 Newcastle United legend Alan Shearer has most Premier League goals in history, with 260 of them coming in 441 appearances over the course of 14 seasons.

Manchester United hero Wayne Rooney is next on the top-flight’s highest goalscorer of all-time list with 206 strikes, with Manchester City’s Sergio Agüero – whose 180 goals make him fourth – the only current footballer in top-10.

The 31-year-old is followed by Tottenham Hotspur’s Harry Kane who is 13th on the list with 136 goals.

The England international, 26, has played eight seasons of Premier League football, with 201 appearances to his name.

The Spurs star has been tipped to go all the way and break Shearer’s record, but the Newcastle icon believes it won’t come easy for him.

“It depends on his fitness, where he is and what success he’s had at whatever club he’s at – whether that’s at Spurs or somewhere else,” Shearer told the Match of the Day: Top 10 podcast (via Standard Sport) when asked if Kane could one day overtake his achievements.

Kane has two Premier League Golden Boots to his name and should he remain in the top-flight and maintain his form and fitness over the next six years, breaking Shearer’s record remains feasible.

The Newcastle legend averaged 18 goals a season, and the Spurs star is already averaging 17 goals per campaign.

Should he finally overcome his injury woes and keep in shape, there is nothing stopping Kane from playing till his mid-30s.

If there is anyone that can beat Shearer’s record, it’s Harry Kane.