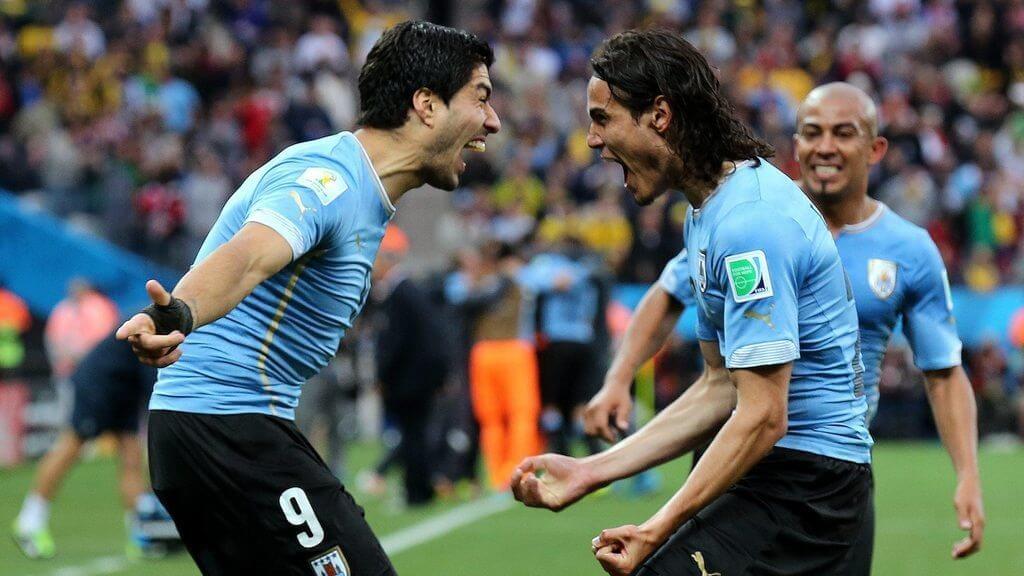 Although not containing a team deemed as a potential competition winner, 2018 World Cup Group A promises to be an intriguing watch for neutrals.

With hosts Russia given relatively favourable opponents, the home faithful will hope their men can make it to the knockout rounds and avoid immediate elimination.

However, both Uruguay and Egypt possess world-class individual players and the unpredictability of Saudi Arabia could pose problems.

With the action less then three weeks away, it will be Group A that starts the tournament in Russia.

All eyes will be on Russia to take the ascendancy as hosts, with the home crowds demanding their side do the nation proud.

World Cup hosts usually are buoyed by the amount of support and as a result the team over-achieves, but a modest Russian side would most-likely be happy to merely make it out of Group A.

Uruguay’s competition experience and attacking talent means the South Americans will be fancied to progress – especially if Edinson Cavani and Luis Suarez are in the mood.

Egypt compete in the World Cup for the first time since 1990, mostly thanks to a new generation of players that have been snapped up by European clubs – including devastating Liverpool attacker Mohamed Salah.

Saudi Arabia are something of an unknown entity and will be written off due to the majority of their players not being household names – despite an impressive qualifying campaign.

While Salah has the potential to inspire Egypt and Russia have the home support (if passed fit to play), Uruguay are clear favourites to top Group A.

Suarez and Cavani play for two of the world’s biggest clubs and have scored over 90 international goals between them – but with both strikers 31 years old, it could be their last hurrah on the global stage.

Uruguay can also boast a settled side, with captain Diego Godin one of the world’s best defenders and seasoned internationals all over the pitch.

Add to this the fact that coach Oscar Tabarez has been at the helm since 2006 and the South Americans should be too strong for the other sides in the group.

Russia have had success on the international stage at various times in their history, but expectations are low that the World Cup hosts will make much of an impact this time round.

Pre-tournament friendly fixtures have produced underwhelming performances and heavy defeats, with Stanislav Cherchesov’s men winning only four of 18 matches since being knocked out of Euro 2016 in the group stages.

The last two years have seen Russia being beaten by modest countries like Costa Rica and Qatar, while a poor showing at the Confederations Cup 12 months ago does not instil any extra confidence.

However, Russia do have a handful of players with plenty of Champions League experience and will have a passionate supporter base willing them forward.

If the hosts can beat Saudi Arabia in their opener, progression to the knockout rounds could be on the cards and the Russians may overachieve.

Assuming that Uruguay will book one of the two places through to the next stage and Saudi Arabia will be outclassed, the game between Russia and Egypt could dictate which side progresses through Group A.

The fixtures have been kind to Russia, whose matches get progressively more difficult and the home side could enter the game against Egypt on the back of a morale-boosting opening win.

Egypt are overly reliant on Salah – and rightly so.

Russia’s ageing defence will not relish the task of shackling the Liverpool star, who must be deemed as one of the best players in world football currently. However, after picking up a shoulder injury in the Champions League final, the Liverpool man is a doubt.

As such, this should be a fascinating fixture with a lot on the line.

While superstars like Salah, Cavani and Suarez could enthral World Cup viewers, less people will be familiar with rising stars Aleksandr Golovin.

Russia’s starting XI will be mostly made up of older heads, with question marks over the next generation of players coming through the ranks.

But, there are high hopes for CSKA Moscow midfielder Golovin, who has impressed at club level both domestically and in European competition.

The 21-year-old has a delightful first touch, a good passing range and lots of footballing intelligence, with the youngster set to be accompanied by the more-experienced Alan Dzagoev in the Russian midfield.

Should Golovin play to his considerable potential, he could be an unlikely leader for the hosts and earn himself a move to a top European club.

It is hard to look past Uruguay, who should have too much quality and firepower for the other teams and top the group.

Egypt are much improved and have players other than Salah of quality, but I am backing Russia to tap into the home support and progress as runners-up from Group A.

Saudi Arabia will be delighted to take part in the competition but anything other than finishing bottom of the pool would be a surprise.