Sportslens.com
Home Teams England When will Gareth Southgate get a grip of this England team? 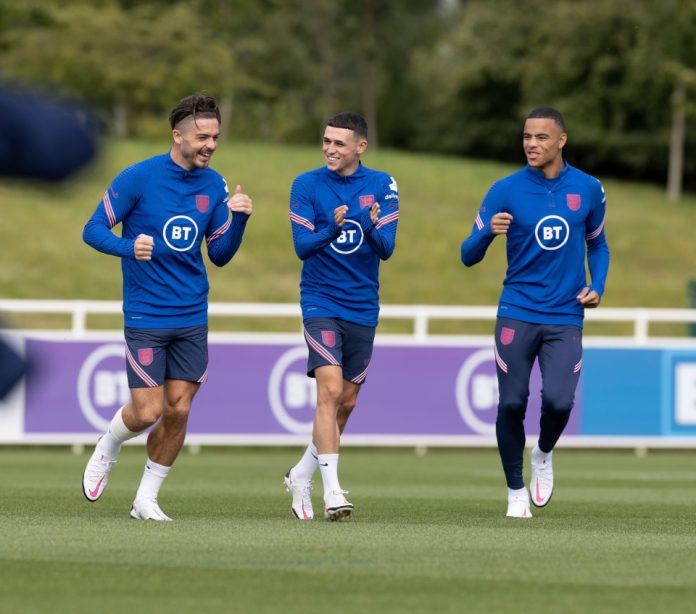 Picture this: You get your first international call-up and spank the opportunity by inviting girls to the team hotel, thus, breaching Covid restrictions. Sounds like a newspaper headline from the 60s, a footballing controversy as old as time, doesn’t it? This is real-life for Mason Greenwood of Manchester United, and Phil Foden of Manchester City.

The world may have been flipped on its head, and global sport placed firmly in the hands of a vicious bat-plague, but it seems some things never change. And that’s that young, British footballers get bored and do silly things when abroad. (Yes, that’s also a dig at Harry Maguire.)

The news of footballers Mason Greenwood and Phil Foden, 18 and 20, breaking Covid quarantine guidelines won’t come as a shock to some. The incident labelled “very serious” by England boss Gareth Southgate saw the pair meet with two girls in the England team hotel. This, needn’t I remind you, was the day after England’s humdrum and somewhat dreary performance against Iceland in the Nations League.

Ahead of Southgate’s media appearance on Monday, the pair had already been removed from England’s party for the trip to Denmark. The Football Association will enforce the appropriate punishment for breaking the rules. I believe the pair have been fined 250,000 Icelandic krona (£1,360).

As we’re all aware, both Greenwood and Foden are seriously talented young players, and far from disposable cast-members. With a tough run of fixtures incoming, including a key double-header against Belgium, barring the world’s most impactful team bonding session, England continue to struggle as they attempt to find form ahead of the Euro’s next summer. To make things worse, the England boss now finds himself with three key players out of action due to idiocracy abroad.

The lingering doubt of Southgate’s fellow countrymen is building fast, and is ready to ooze it seems. It certainly feels that way for me, someone firmly in the corner of #southgateout. Personally, I don’t buy the chilled-out approach; never have, and never will. But what’s slightly more worrying than the lack of control Southgate has off the pitch, is his team selection on it. Not only was his starting eleven against Iceland questionable and infuriating, but his substitutions throughout the game were safe, impactless and to be brutally honest, lacked any thought or creativity. Imagination and creativity are important. And you could say that England has had these attributes in abundance over recent years, with the likes of Beckham, Gerrard, Lampard and co. It seems, though, they’ve gone walkies under Southgate and the effects have been felt.

Well, hello Jack Grealish! If you need a spark, a little je ne sais quoi, he’s your man. With the second-highest number of chances created in the Premier League last season (91), it’s hard to believe Southgate excluded him from his original squad, before calling him up after Marcus Rashford and Harry Winks pulled out due to injury.

It’s been a dream of Grealish’s to play for England since he was a young boy. At 20, Jack had several caps for Ireland at various underage levels, before settling on England a year later. After cementing his place in the Aston Villa squad, he’s done wonders for his boyhood club. Embarking on a club-record 10-game winning streak to earn promotion in 2018, and almost single-handedly carrying his club through a survival race in 2019 are up there with his finest. So you’d like to think an England call-up was always on the cards, especially as Villa remained a top-flight club.

Since receiving his first England call-up, Jack’s had a slice of misfortune, though, as a slight niggle he picked up in pre-season meant he missed two training sessions for England in the lead up to their clash with Iceland. This may or may not be the reason he was on the bench against Iceland.

However, tonight’s game against Denmark is a totally different story if Southgate has a fully fit Jack Grealish in his arsenal. With Greenwood and Foden on a plane back to Manchester, could this be Jack’s first senior England cap?