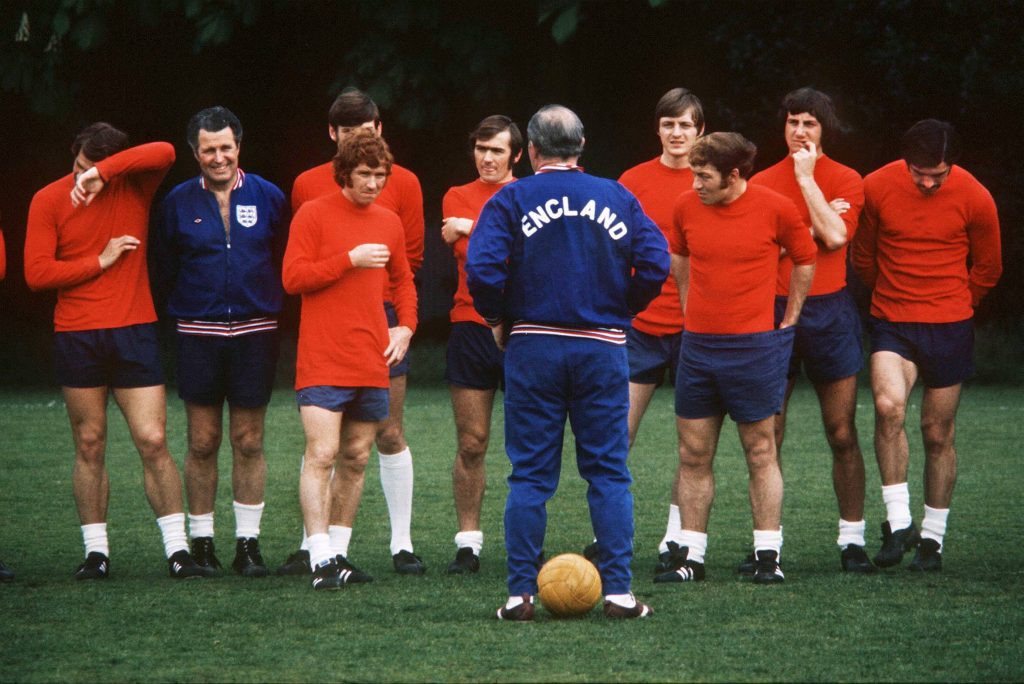 The England managerial hot-seat has been occupied by a fair few characters over the years. Given the gargantuan expectations placed on the shoulders of any new England manager, most succumbed to the pressure of delivering at the highest stage. Since the end of the 1990 World Cup, the England national team has had 10 different managers compared to five in the years leading up to 1990. Although most new appointees by the Football Association (FA) have disappointed, we have narrowed down five coaches who have done reasonably well in charge of the Three Lions.

Sven Goran Eriksson holds the distinction of being the first-ever foreign manager of the England national team. Eriksson was brought in to replace Kevin Keegan, who resigned after England’s embarrassing exit from Euro 2000 and losing a World Cup qualifier at home against Germany. Eriksson had won Lazio the Serie A in Italy and came in with a lot of expectations. One of his and England’s peak moments during his tenure was a 5-1 win over Germany in Munich. He led the team to three quarter-finals at major tournaments first of which came in the 2002 World Cup, where they lost out to eventual winners Brazil. The second came at Euro 2004, where they fell prey to finalists Portugal, losing out on penalties. The team reached the quarter-finals in the 2006 World Cup, where they lost against Portugal again, again on penalties. Eriksson resigned after the tournament, thus ending his career with the Three Lions. The Swede will always be dubbed as an underachiever given the squad he had at his disposal.

Terry Venables was brought in to pick up the shattered pieces left behind by former manager Graham Taylor under whom England had failed to qualify for the 1994 World Cup. With England hosting Euro 1996, Venables had the misfortune of not managing the team in a competitive game for two years. However, Venables used the friendlies to tinker with the squad and drop the traditional 4-4-2 to adopt a fancy Christmas tree formation with Alan Shearer up top. Having previously managed in Europe with Barcelona, Venables’ side played great, attractive football which paid off at Euro 1996, where a 4-1 demolition of the Netherlands lit up the hopes of the entire nation. England beat Spain in the quarter-finals on penalties before succumbing to traditional foes Germany in the semi-finals, again on penalties. He resigned at the end of the tournament citing several court cases against him which he felt would “interfere with the national side’s efforts to qualify for the 1998 World Cup.”

Arguably no manager in England’s history has faced more ups and downs during their tenure quite like Bobby Robson. Appointed in 1982, Robson failed to take England to Euro 1984. His resignation letter was promptly rejected by the FA, who thought that Robson was the man to lead the Three Lions. His England side qualified for the 1986 World Cup, where they lost to Argentina in the quarter-finals thanks to the greatest goal in World Cup history and the ‘Hand of God’, both pieces of magic conjured by the late great Diego Maradona. Euro 1988 brought about more nightmares, with England playing three and losing three matches. Fortunes changed in the 1990 World Cup in Italy, where Robson took England to the semi-finals where they lost to eventual winners West Germany on penalties. Robson resigned at the end of the tournament.

Gareth Southgate replaced Sam Allardyce, who lasted on the job for only 67 days. Southgate had been managing the England U-21s, but his appointment as the manager of the England national team raised a lot of eyebrows. Many at that time believed that the FA needed a ‘yes man’ and, Southgate being the mild-mannered gentleman that he is, fit the bill. Fast forward to 2021, the former Aston Villa and Middlesbrough defender has guided England to two major tournaments semi-finals. England were definitely not among the fancied teams at the 2018 World Cup in Russia, but Southgate steered the side to the last four where they lost to Croatia. The England side has since then continued to progress under Southgate and looks like a solid team capable of winning at the big stage, something that was unthinkable a few years ago. England are set to play Denmark in the semi-final of Euro 2020 and, who knows, this time the trophy could well be coming home.

If you think that Jose Mourinho self-identifying himself as the ‘Special One’ upon his arrival at Chelsea was high-handed, then think again. Sir Alf Ramsey was brought in as the England manager in 1963 and, immediately after his appointment, he declared that England would win the 1966 World Cup. Playing on home soil and the squad brimming with some of the greatest players of all time in Sir Bobby Charlton, Gordon Banks and Bobby Moore, England dismantled everyone in sight at the tournament. The emphatic 4-2 win over West Germany in the final at Wembley saw England lift the World Cup for the first and only time in their history. Qualification for the 1970 World Cup was secured as world champions. Played in Mexico, England lost in the quarter-finals against West Germany in nightmarish fashion. With the team leading 2-0 and 25 minutes remaining, Ramsey substituted Charlton and Martin Peters. The Germans went on to win 3-2 in extra time. West Germany proved to be the downfall of Ramsey again at Euro 1972, where England lost in the quarter-finals stage once more. Ramsey’s tenure as England manager ended in a low after failing to qualify for the 1974 World Cup. Read Next: England v Denmark – Euro 2020 semi-final preview. Italy v Spain – Euro 2020 semi-final preview.