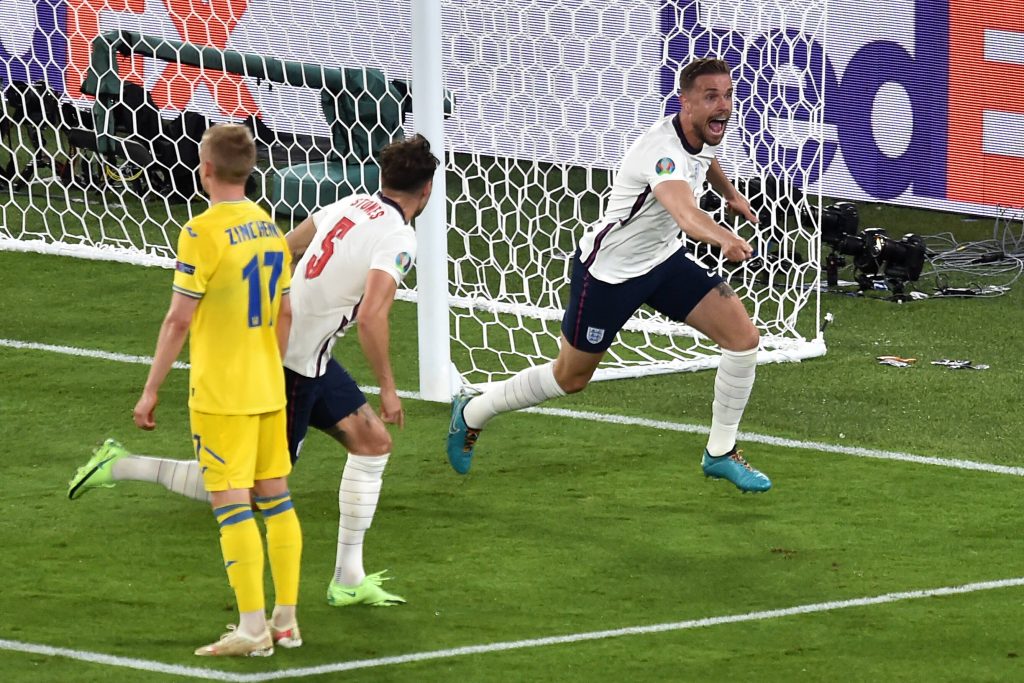 England thrashed Ukraine 4-0 in Rome to set up a semi-final rendezvous with Denmark at Wembley.

It was Henderson’s first international goal in his 62nd appearance after he perfectly timed his header from Mason Mount’s corner.

The Liverpool midfielder took to Instagram after the game to share his reaction. England midfielder Declan Rice responded to his post with a brilliant message – “So happy for you brother.” 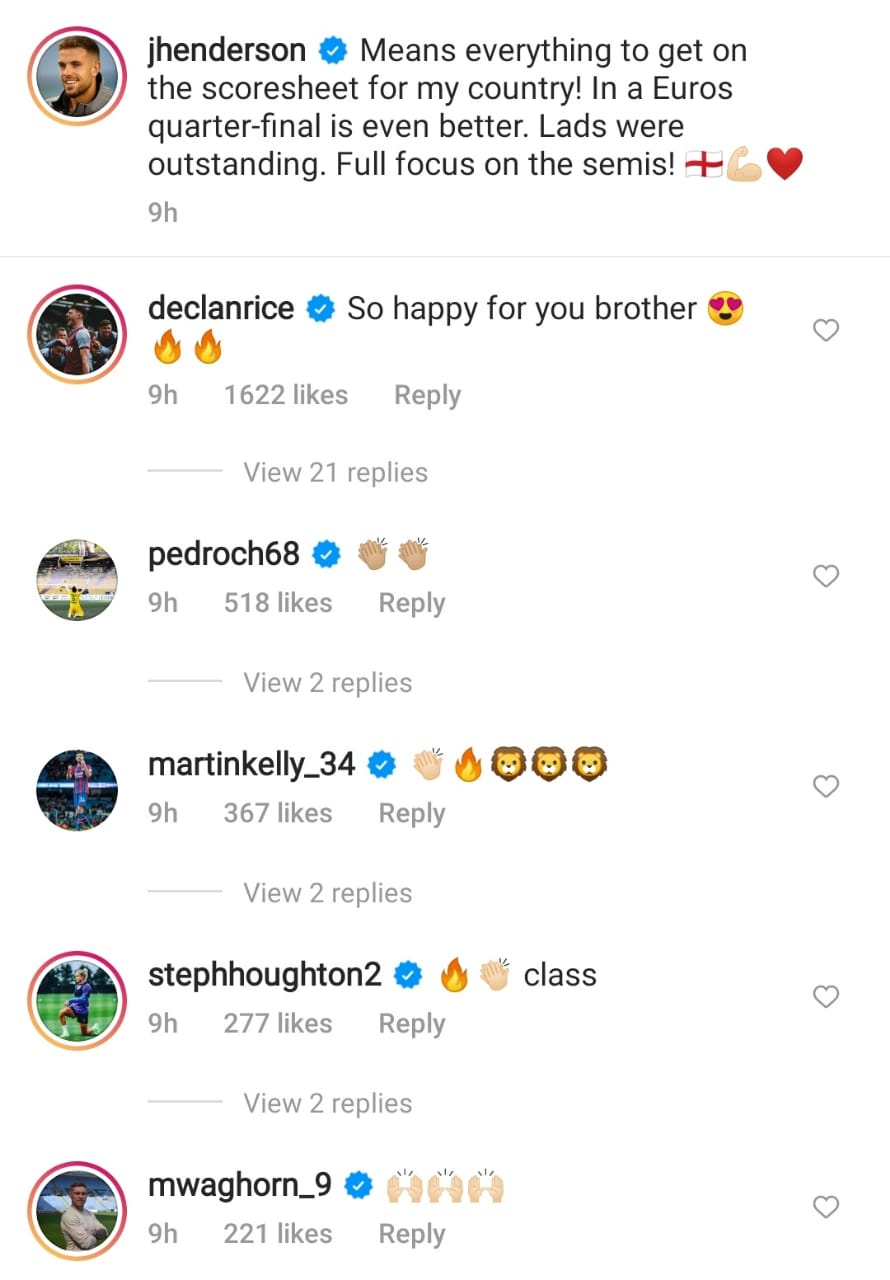 Rice was outstanding during the game, forgoing a strong partnership with Leeds United’s Kalvin Phillips in midfield.

The West Ham United star took a brilliant shot from distance in the first half, but it was saved by the Ukraine goalkeeper.

The 22-year-old is expected to be in demand during the summer transfer window. He is a key asset for the club, but Chelsea and Manchester United are reportedly keen to sign him.

Rice has already rejected two contract extension offers at West Ham and wants a move to a big club this summer.

The highly-rated defensive midfielder has three years left on his current contract at West Ham, plus an option for an extra 12 months.

The Hammers are expected to demand more than £100 million for him this summer.