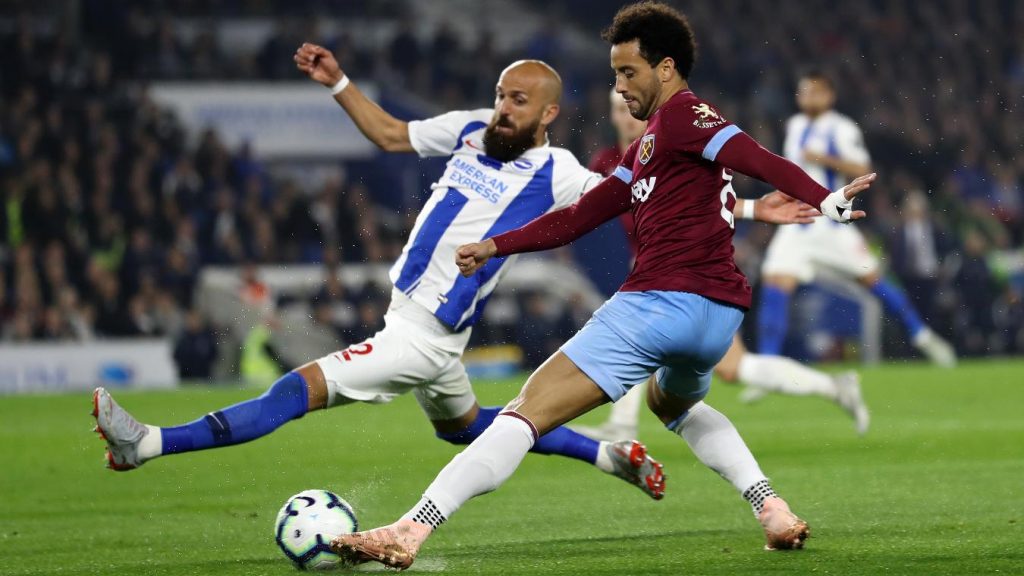 West Ham crashed to a 1-0 defeat against Brighton in the Premier League yesterday.

The Hammers had recovered from their poor start to the season and they were expected to pick up the three points against a poor Brighton side.

However, the home side did well to secure their first win in six games. Glenn Murray scored the only goal of the game on the 25th minute.

The likes of Balbuena and Arnautovic had chances to get the equalizer but they failed to find the net.

Manuel Pellegrini will be unhappy with his side’s showing last night. The fans were left frustrated with the result as well.

West Ham fans were unhappy with Michail Antonio’s display in particular and they took to Twitter to share their views on the player.

The 28-year-old forward struggled to make any difference on the pitch. Furthermore, his desire to work hard and put pressure on the opposition was lacking as well.

Some fans tweeted that he is a deadwood at the club right now and the Hammers should look to get rid as soon as possible.

The decline of Michail Antonio is mad. Ever since our final season at Upton Park he’s slowly been declining, definitely one of our biggest pieces of deadwood

Cash in on @Michailantonio geeza is a joke

Look at the state of it

Why is @Michailantonio still in the prem?

The sooner the club move on Michail Antonio the better. Legend in his own mirror that bloke. Offers nothing.

I loved @Michailantonio but he really looks like he couldn’t give a flying fuck lately! #westham #whufc #BRIWHU

How @Michailantonio can be called a professional footballer is mad. Absolutely shocking

Michail Antonio is such a waste of a footballer.