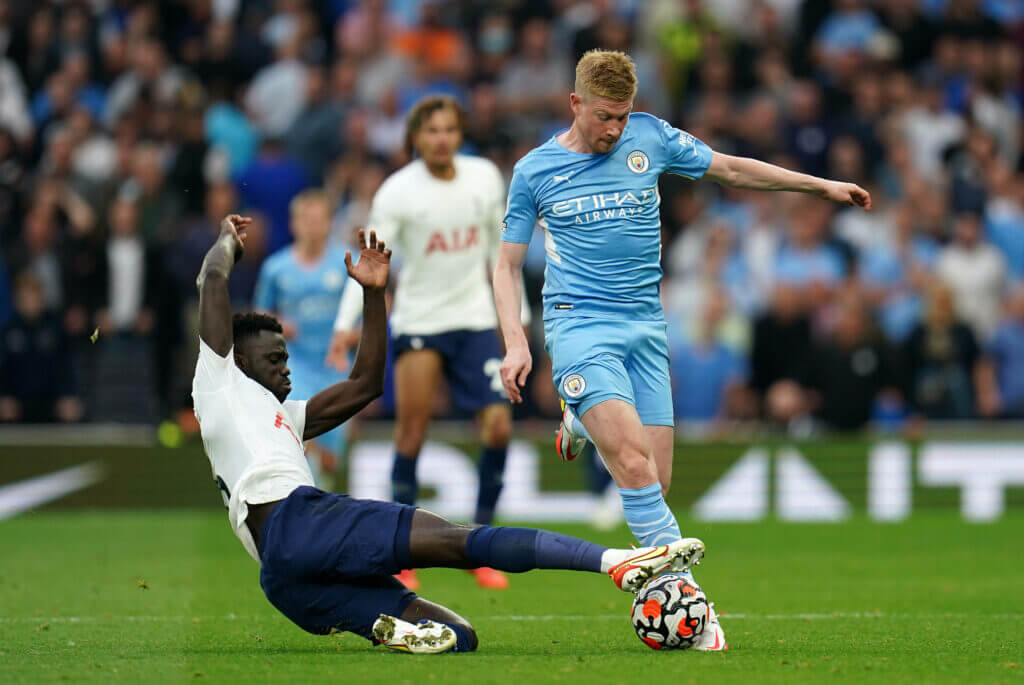 The north London club were without their unsettled talisman striker Harry Kane who has been linked with a move to City,

However, Spurs showed great fighting spirit in front of their home fans to pick up all three points, with Heung-min Son scoring the winner.

Steven Bergwijn found him on the right-hand side in a quick counter-attack. The South Korean drifted in and found the net with a left-footed effort from distance.

Many Spurs fans were impressed with Japhet Tanganga, with the young defender unfazed by facing City’s vast array of attacking stars.

The young defender started the match as a right-back and produced a man-of-the-match display, keeping Jack Grealish and Raheem Sterling under control.

Tanganga, who can also play as a centre-back, is expected to feature prominently this season under the Portuguese boss.

He made two tackles, one interception and two clearances during the game (via WhoScored.com), but provided very little going forward.

Here are some of the selected tweets from some Spurs fans:

Nice watching Sterling bounce off him as well

He is our best player today together with Skipp

Tanganga if you miss the ball, don't miss the man.. simply brilliant 🤣🤣🤣 #TOTMCI

Read: Pau Torres has rejected a move to Tottenham.