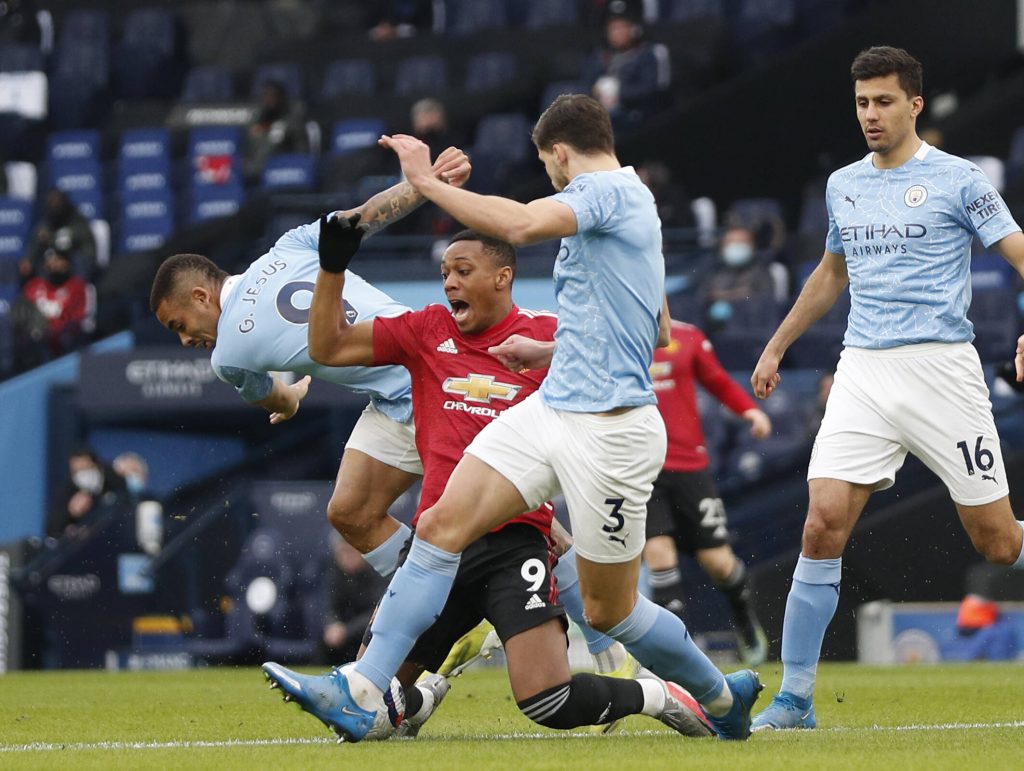 Tottenham Hotspur have been preparing for Harry Kane’s potential summer departure, according to Sportsmail.

The England international has told the North London outfit he wants to leave at the end of the campaign and is eager to remain in the Premier League.

Manchester United and Manchester City are keen on Kane, and Spurs are starting to make enquiries about potential replacements.

Tottenham recruitment staff have already identified which players they might be able to take in part-exchange from both Manchester clubs, with City’s Gabriel Jesus and United’s Anthony Martial on their radar.

The Frenchman has notched seven goals and four assists across all competitions this term but has been out injured since March.

Whether manager Ole Gunnar Solskjaer would be keen to use him as a makeweight in a deal for Kane is unknown.

Former Tottenham boss Mauricio Pochettino is an admirer of Jesus, dubbing the Brazil international ‘a very talented player’ when he joined Man City in January 2017.

The 24-year-old has scored 13 goals with four assists in 39 appearances this term.

He has 49 Premier League goals and 21 assists since joining City, and Pep Guardiola could be keen to sacrifice him in a deal for Kane.

Sportsmail claims Levy is determined not to deal with the two Manchester clubs if at all possible.

His negotiations with the Red Devils over Michael Carrick and Dimitar Berbatov left a strained relationship between both clubs.

Kyle Walker’s move to City also was not without complications, and that could make talks between both clubs for Kane tedious.

In other news, Kane reportedly believes he has an agreement with Levy over joining EPL side this summer.