With just 22 short months left on the meter, the Football Association (FA) are already pressing ahead with the courting of possible successors to current England manager Fabio Capello – who has signalled his intentions to retire from the game once his contract expires in July of 2012.

Though much of the fault can be rightly distributed elsewhere, the fact remains that the veteran Italian has overseen some of the limpest drudgery in the recent history of the national team, with their criminally woeful displays in South Africa this summer set to loom large in any retrospective of his tenure.

The FA have expressed their desire to ‘go English’ once Capello vacates his post following the culmination of the European Championships in Poland and the Ukraine in two years time and, given that Sir Trevor Brooking (who currently sits on the Club England board responsible for recruiting new England managers) has backed this initiative by touting former coach Steve McClaren for a return to the helm, it would seem that – in the continuing  interest of misguided patriotism – the FA are hell-bent on narrowing their prospective options to a level of almost critical paucity.

Let’s have a look at the realistic runners and riders shall we? In no particular order… 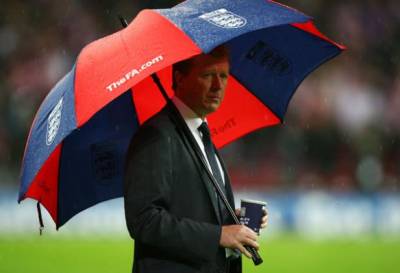 The enduring image England fans have of Steve McClaren

Steve McClaren, aged 49: The fact that McClaren is both the most successful and experienced of the potential candidates says it all. On a domestic level, he sat alongside Sir Alex Ferguson during Manchester United’s treble win in 1999, won Middlesbrough’s first ever silverware (the League Cup in 2003/4) as well as guiding them to their maiden European final, was crowned Dutch Manager of the Year after taking the Eredivisie title with unfancied Twente last season and – after a tentative start – has now begun to assert his authority over German side Wolfsburg.

Working as part of Sven-Goran Eriksson‘s backroom staff, McClaren also helped coach England to three tournament quarter-finals – although his succession of the Swede in 2006 was greeted with widespread indifference and ended after just 18 ill-fated games – thus rendering him the shortest-serving England manager ever.

McClaren’s second biggest weakness was his willingness to pander to his ‘stars’ (as a result of never having such direct influence over the vast multitude of  swollen egos that populated the team at the time), which allowed a sweeping smog of detrimental complacency to set in right across the England camp.

His biggest weakness was, and is, the public image that still permeates the national psyche to this very day. That umbrella and those feigned accents will ensure that he’ll always be a hapless buffoon in the nation’s collective eyes and, if he were to be reappointed, he would be greeted with exactly the same apathy as he was the first time around.

McClaren would be wise to stay where he is and continue to plow his exemplary European furrow away from the glare of the English tabloid’s incessant intrusion.

Harry Redknapp, aged 63, Tottenham: I’ve always considered Redknapp to be ‘the unthinking man’s choice’, as the FA wouldn’t touch him with a bargepole. He’s always been a ticking PR timebomb and his personable assets, along with his off-white business methods, make him much better suited to the particular nuances of club football management – although Frank Lampard would probably argue otherwise, and nepotism seems to go a long way in football. 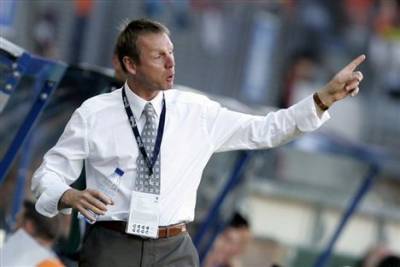 Will Stuart Pearce be the man to succeed Capello?

Stuart Pearce, aged 48, England U21s: Pearce has today highlighted the quandary that he faces in taking on the mantle of the full side, claiming that he’d be ‘mad’ to both reject and accept the role.

He has a wealth of experience when it comes to the current England setup through his excellent work with the U21s (many of whom may have been blooded by Capello by 2012) and by serving as an assistant in South Africa.

However, the man himself has admitted that he doesn’t possess the necessary know-how to flourish quite yet, claiming that ‘at this moment in time’, he doesn’t feel up to becoming the next England manager – although who’s to say that the inspirational former left-back will still retain that stance two years down the line?

For my money, I think the job will be Psycho’s to turn down.

Martin O’Neill, aged 58, unattached: Whereas I know he isn’t strictly English, O’Neill has become ‘repatriated’ by association – making him not quite foreign enough to be considered as just another ‘foreign candidate’ to be chastised by the baying media.  I’d only consider him to be an outsider bet, given that I’m sure Brooking and co. are fully aware of his birthplace, but there are many that think that the former Aston Villa man should still be the man for the job. 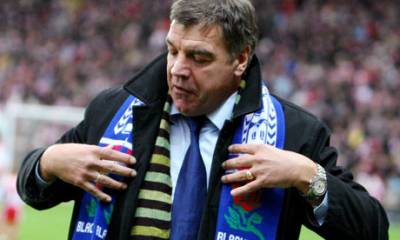 Sam Allardyce, aged 55, Blackburn: Allardyce is overtly bullish, arrogant and unproven at the highest levels (despite what he may tell you himself!) which isn’t a great start, although his progressive work at Bolton Wanderers cannot be ignored.

Though their have been some great defenses made in his favour, Allardyce’s cynical brand of anti-football wouldn’t wash at international level and his propensity to blatantly attempt to talk himself into ‘better’ jobs throughout his entire career leave many cold – and, as a result, I can’t see the usually straight-laced and PR conscious FA plumping (pun very much intended) for such a brash, outspoken entity.

Roy Hodgson, aged 63, Liverpool: To say that Hodgson missed his chance to manage England is a little misleading given that the chance never actually arose but, when Capello’s future was hanging in the balance after the World Cup, many were tipping the then-Fulham boss (off the back of their run to the Europa League final) to step into the breach – and I believe that that is the closest he will ever come, especially after apparently receiving the backing of the potential new owners to oversee the exciting new dawn at Liverpool.

Hodgson is a safe, malleable bet (and probably the FA’s first choice at the moment), but if he somehow manages to turn the ailing Anfield vessel around after a fresh influx of optimism and, more importantly, cash then he’ll surely still be in charge come 2012.

Lower League Candidates? I can’t think of a single other major footballing nation that has selected a manager from the second or third tier – and not without good reason.

Of course, there are a few ‘lower league’ candidates (Simon Grayson of Leeds springs instantly to mind) we could pour through, but the quick and simple retort is that they are all simply not good enough – at least not yet anyway – hence their position.

Given ample time and opportunity to manage in the upper echelons of the domestic game, many may prove their mettle to be perfectly sufficient to take on the national team – but that’s a different debate for another time.

Who would you back – English or otherwise – to become the next manager of England in 2012?

The efficient Germans to fight Hiddink's Turkey for top spot
Where are you Green and Gold men now?
Tweet Pin It