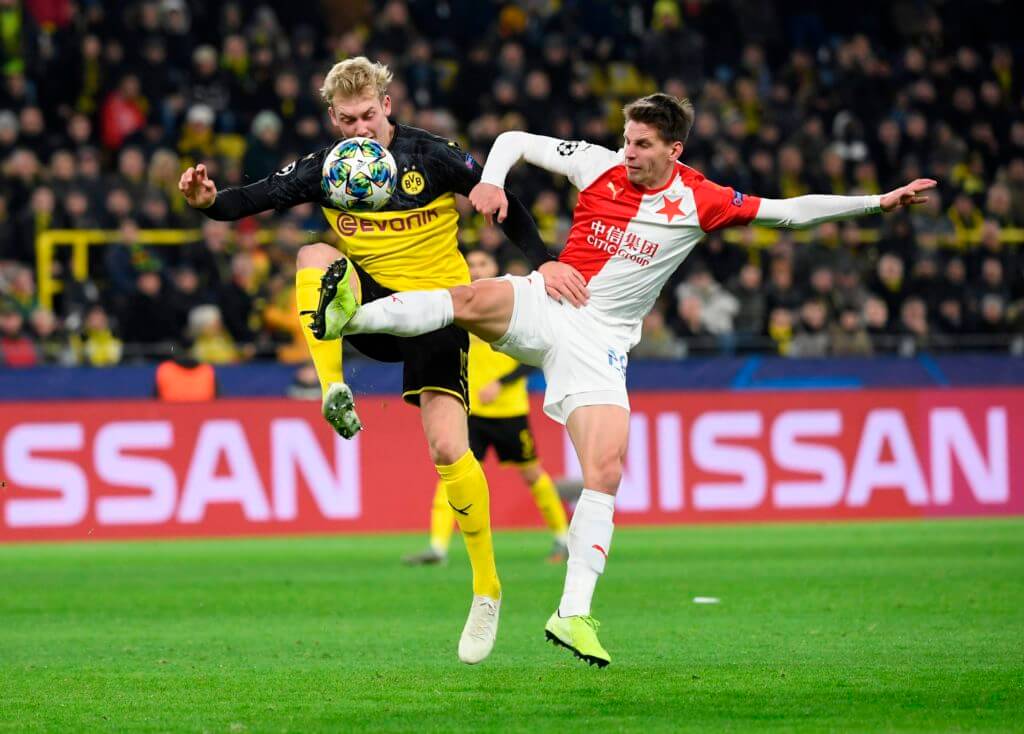 According to reports from The Mirror (transfer live blog), West Ham have made an offer to sign Slavia Prague winger Lukas Masopust in the summer transfer window.

The report claims that the Hammers have submitted a bid in the region of £5m for the Czech Republic international.

However, Slavia Prague are demanding a fee in the region of £8m.

West Ham have already established a good relationship with Slavia having signed Tomas Soucek in January. David Moyes is now looking for another raid following the midfielder’s success at the London Stadium.

The 27-year-old right-winger has scored seven goals and provided five assists for the club last season. He impressed heavily in the Champions League group games as well.

West Ham are looking to bolster their attacking department this summer and has been linked with moves for Brentford wide man Said Benrahma and QPR’s Eeberechi Eze.

However, both the players are likely to cost in the region of £20-25m. From that perspective, Masopust represents a cheaper alternative.

The Hammers could be looking to offload some of their expensive wingers to make space for new arrivals this summer. The likes of Felipe Anderson and Andriy Yarmalenko could be sold, while attacking midfielder Manuel Lanzini may depart as well.