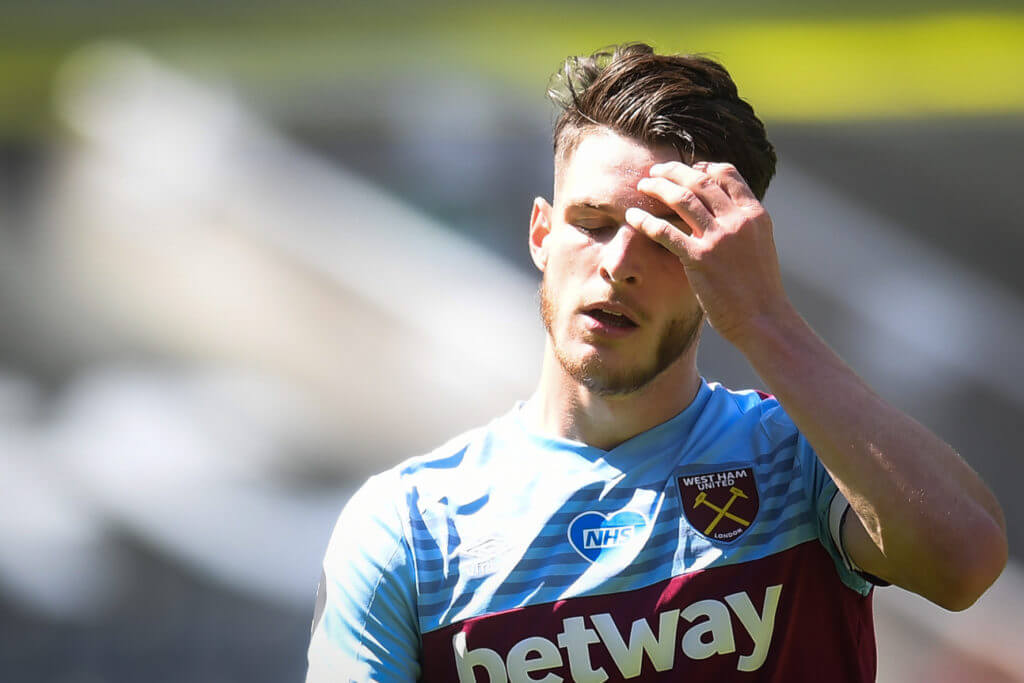 Chelsea believe that they will be able to sign Declan Rice from West Ham United in the summer transfer window, according to The Sun.

The Blues will make a formal offer of more than £40 million for Rice, who can play as a defender or as a midfielder, it has been claimed.

Although West Ham insist that the England international is not for sale, Chelsea are confident that they will be able ensure their London rivals because they need money, according to the report in the British tabloid.

Rice is one of the best young players in the Premier League who is as good at the back as he is in midfield.

The 21-year-old has developed well over the years and is ready to join a big club such as Chelsea.

West Ham could end up fighting for survival again in the Premier League this season, and Rice is better than that.

However, if the Hammers sell Rice this summer, then they are only going to struggle more.

Even though £40 million is a lot of money, there is simply no time for West Ham to bring in a suitable replacement.