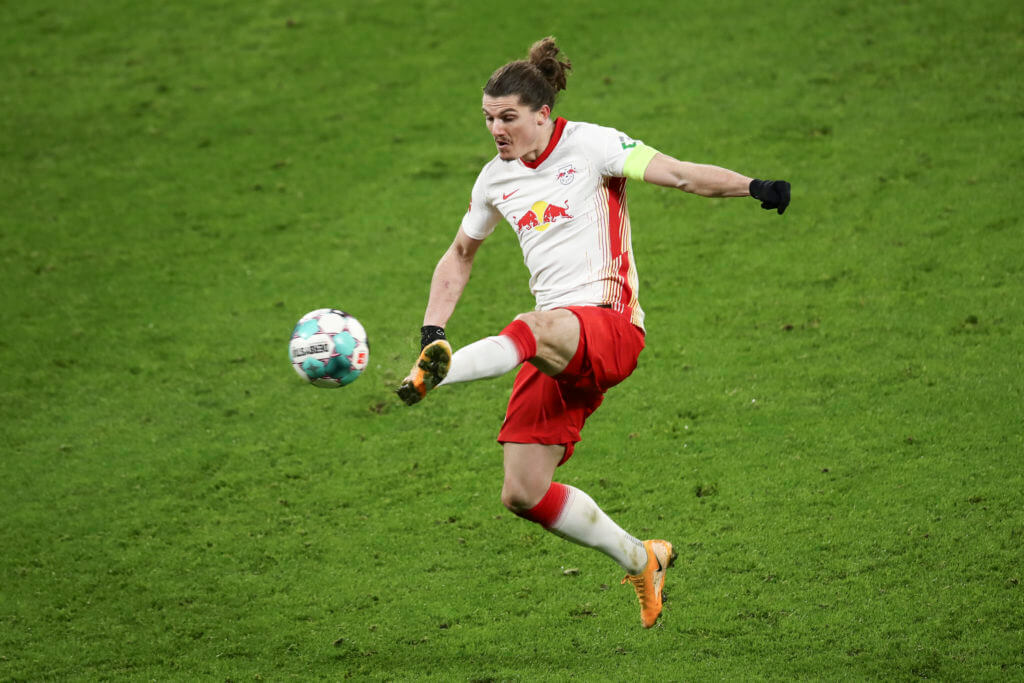 RB Leipzig are preparing for the possible departure of Marcel Sabitzer, who is on the radar of Tottenham Hotspur, a report from SportBild claims.

Sabitzer has been with Leipzig since their time in Bundesliga 2 and he has gone on to become one of their undisputed starters as the club captain.

He had his standout season last term where he registered 16 goals and 11 assists from 44 appearances as the majority of his playing time came from the right wing.

In the current campaign, he has operated mostly in a central midfield role but has still impressed with five goals and five assists to date.

His present contract with Leipzig expires in June 2021 and it is reported that the club are preparing for his summer exit in case they are unable to renew his deal.

Spurs have been credited with an interest in his services.

Sabitzer has been linked with Spurs since last summer’s transfer window and the north London side may look to pounce on his signature at the end of the season.

Spurs have largely dependent on Harry Kane and Heung-min Son up front this term and they have contributed a combined 26 goals alongside 17 assists in the league.

Behind them, midfielder Tanguy Ndombele has been the next highest scorer with only three goals and one assist in the division.

The club have lacked the presence of a creative midfielder in their ranks since the departure of Christian Eriksen to Inter Milan last year.

Dele Alli was previously the key playmaker but he has fallen out-of-favour under manager Jose Mourinho and has barely played in the league this term.

At 26, Sabitzer is entering the prime of his career and could be the ideal signing for Spurs to improve their creativity in the final third of the pitch.