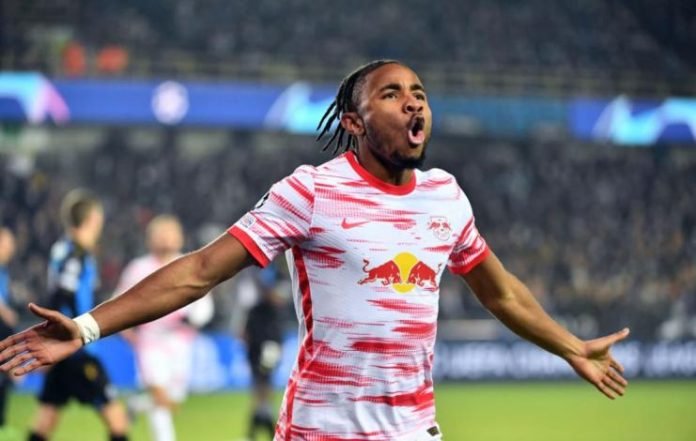 Christopher Nkunku has really come off age this season and the young Frenchman is now one of the best Bundesliga has on offer.

For Christopher Nkunku, it has been quite an interesting last few years.

On July 18, 2019, the native of Lagny-sur-Marne left Paris Saint-Germain to sign for RB Leipzig against a check for 13 million euros. A transitional stage with the objective of getting more playing time, but which was still akin to a leap into the unknown for the 22-year-old player at the time.

New language, new culture, new championship. Christopher Nkunku had a task on his hand. Fortunately, the presence of French players such as Dayot Upamecano and Nordi Mukiele helped him to integrate a little more easily.

On the pitch, his adaptation was rapid. Under the orders of Julian Nagelsmann, renowned for his great sense of tactics and the improvement of the physical qualities of his players, the Frenchman developed at great speed. He has also made a point of to work on his physical side, something that had impacted him in France.

There was a time when Nkunku was almost prohibitively behind on an athletic level. However, today, it is a distant memory. Like Cristiano Ronaldo and so many others, Nkunku quickly understood that his body is the essential tool for his success.

In his third season at RB Leipzig, the youngster is now playing under a third new manager. However, all these coaches have loved him. Nkunku is considered a great professional and stands out due to his versatility.

This versatility, which allows him to play in all positions on the attacking front, is today one of his main strengths. Capable of getting out of any situation, Christopher Nkunku can create danger anywhere on the pitch. Very mobile, his ability to break the lines is a major asset for the German side. Under the orders of Domenico Tedesco, he now evolves either as a false nine or as a second attacker, which allows him to be closer to the opposing goal. And it suits him rather well, as evidenced by his excellent statistics (25 goals, 13 assists in 36 games).

Gone is the label of a wunderkind. Christopher Nkunku is today a player who is in a class of his own. In Germany, his name is now cited among the greats of the championship like Robert Lewandowski or Erling Haaland.

Such displays have earned him to be associated with the France team, a few months before the 2022 World Cup in Qatar. Didier Deschamps follows him carefully. But if these current performances were not enough to convince the coach of Les Bleus, then it might be time for the former Parisian to take a new step in his career.

Admirers are numerous and they are prestigious. Manchester United, Chelsea, Manchester City, Real Madrid and PSG. Under contract with RB Leipzig until 2024, Nkunku will be expensive. The German club is claiming no less than 75 million euros for a player who has only just started showing how good he can be.