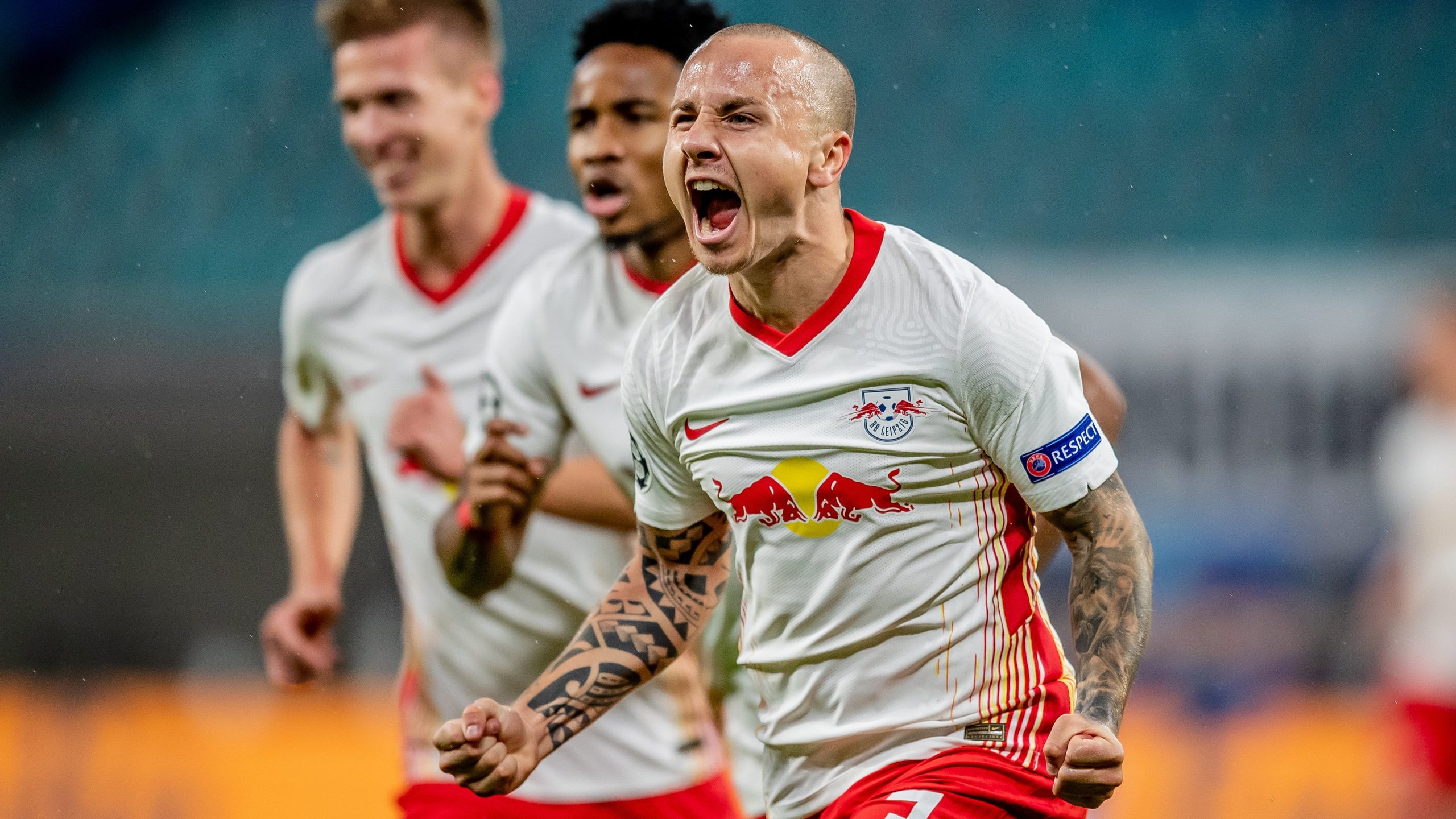 It’s taken a while for Spaniard Angelino to find a home in Europe, but it looks as he finally has with Julian Nagelsmann’s RB Leipzig.

The Manchester City loanee has been with a bevvy of teams since 2012, with loan spells in the MLS, La Liga, and Eredivisie. Angelino finally returned to his parent club in 2019, making 12 appearances for Pep Guardiola’s side in the 2019/20 season.

Then come January of this year, the 23-year old was loaned out once again to Leipzig, where he’s been ever since. The wing-back has featured all over for the Bundesliga outfit, whether it’s at left-back or an attacking position, depending on Leipzig’s formation. Last term he made 17 appearances between domestic and European action and proved to be a key figure on both ends of the pitch.

But it’s been this season where Angelino has really flourished with Nagelsmann’s squad, currently leading Leipzig in goals with seven across all competitions.

It’s important to note that he’s usually not even playing in an attacking position per se but due to his pace and his manager’s unique tactics, the youngster surges into the final third and often contributes as a winger, scoring several belters with his cracker of a left foot along the way.

Since his arrival at Leipzig, he’s started 22 of 23 league matches, instantly becoming a vital part of this club.

Bagging goals from an unlikely position

The wing-back position has become more of a hot topic in recent memory, with many across Europe who actually get into attacking areas more often than not. Angelino has been doing exactly this, but it’s very rare to see a player at left-back netting goals at such a high rate. But it’s not like that’s all he’s doing either.

The Leipzig star is a tremendous provider for his teammates, always whipping dangerous crosses into the box with intent, 28 to be exact already this season. He’s also tallied five assists, a testament to his fine playmaking abilities.

Anticipation is the name of the game for Angelino as well. Sure, he does a wonderful job of getting forward on the flanks, but his football IQ and sense for getting into dangerous pockets of space where he can capitalize on scoring opportunities is a massive reason Angelino is enjoying such immediate success in the Bundesliga.

He’s undoubtedly become Leipzig’s most important player thus far in 2020/21, starting all but one fixture this term. The smallest player on the pitch for Die Roten Bullen at just 5 foot 6, Angelino has even scored two goals with his head due to his quickness and perfect timing of his runs, leaving defenders in the dust.

From set-pieces, Angelino has also been lethal. His matchday seven banger against Freiburg was a perfect example, where he bent a curling free-kick just over the wall and perfectly into the top corner, leaving the keeper dead in his tracks.

Nagelsmann likes to change things up in regards to his formation. He’s switched between a 3-4-2-1, a 3-4-3, and a 4-3-2-1 this season. No matter which one the German chooses, Angelino always fits right in and excels. He’s played at left-back most often, but he’s also featured on the left of a front two behind a lone striker and on the right of a midfield three.

“He adapts to things unbelievably quickly,” Nagelsmann said, via bundesliga.com. “He’s the only new signing who has got used to my football philosophy and methods – especially in terms of attack – so incredibly quickly.

Before this season, Angelino’s highest goal total in a single campaign was just four, back with the Man City U21’s. Just a handful of matches into the season and he’s surpassed his previous total by a longshot.

With Timo Werner leaving for Chelsea in the summer, there were definitely worries around this club they would struggle to score goals with the departure of their most prolific finisher. But it hasn’t affected them at all, much in part to the fantastic form of Angelino. Through to the Round of 16 for the second year in a row in the Champions League and currently, just a point off top spot in Germany’s top flight isn’t such a bad start.

The manager has enhanced Angelino’s abilities

Nagelsmann certainly deserves credit for bringing the best out of Angelino though. He never really got the chance to play in a position where he was constantly pressing high up the pitch and thanks to his manager’s attacking-driven style of play, the wing-back has thrived. Like many other fine players around Europe, Angelino is making his way in the Bundesliga. From Werner to Roberto Firmino to Heung-min Son, lots of the world’s top talents perfected their craft in this league.

Angelino is full of energy and always gives 110 per cent on the pitch for Leipzig. If he continues to play at such a high level, City will be eager to get him back to the Etihad. But for now, he is proving to be an integral part of RB Leipzig and one of the most attacking-minded wing-backs in European football. With the club having the option of making his loan spell a permanent move at the end of the season, you better believe Julian Nagelsmann will be the first one to approve.

The rise of Christopher Nkunku 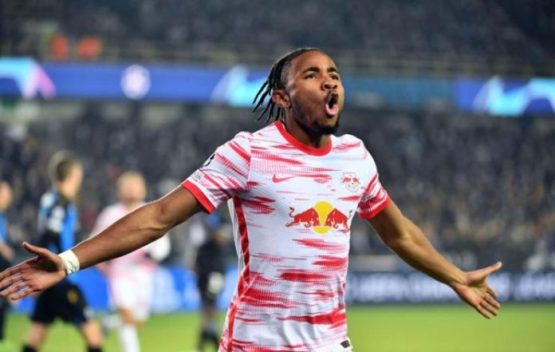 LATEST The rise of Christopher Nkunku 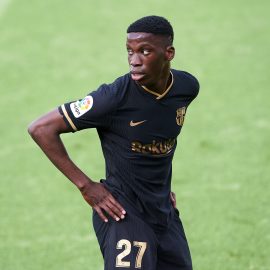 RB Leipzig have submitted a bid for Barcelona midfielder Ilaix Moriba, according to Spanish outlet Mundo Deportivo. Moriba made his breakthrough at Barcelona last season. He made his La Liga… 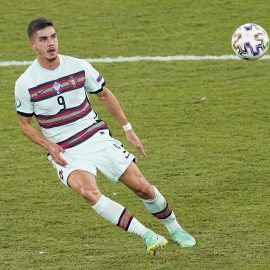 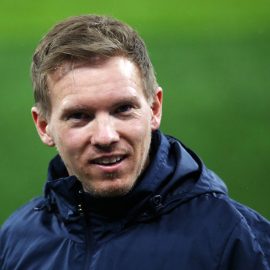 4 managers who could replace Julian Nagelsmann at RB Leipzig 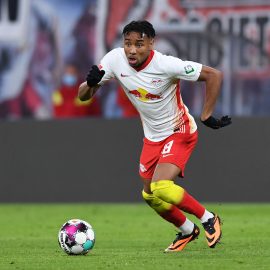 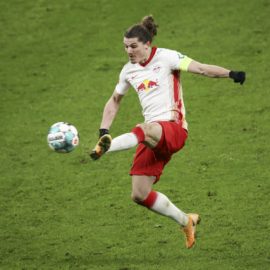 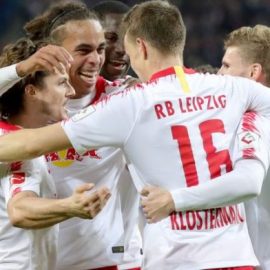