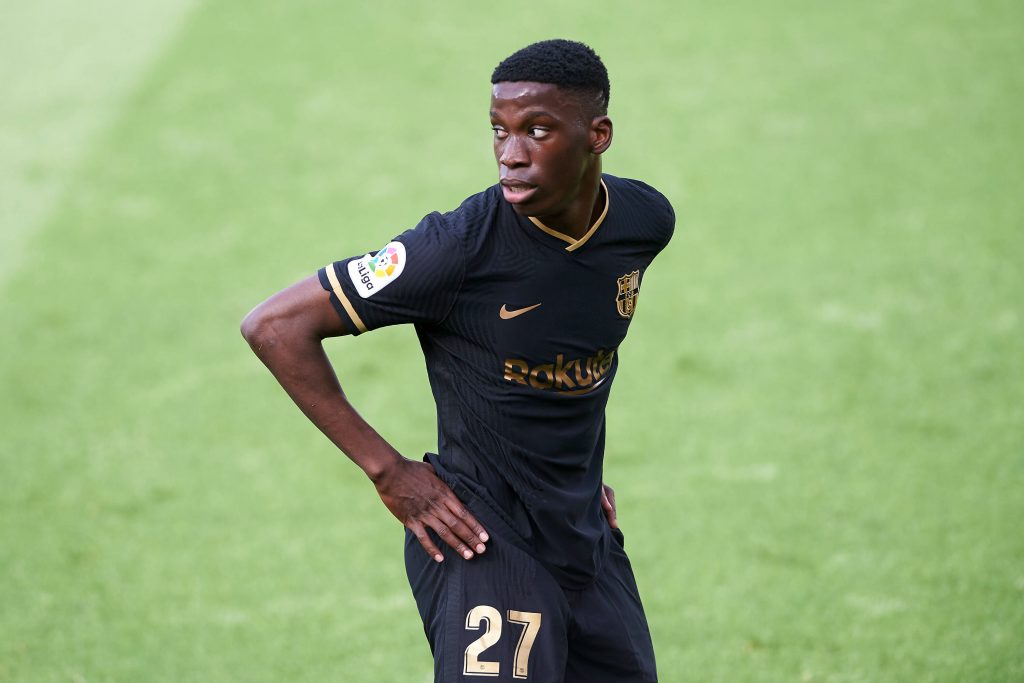 Moriba made his breakthrough at Barcelona last season. He made his La Liga debut in February in a 5-1 win over Alaves, registering an assist for Francisco Trincao.

He bagged his first senior goal a few weeks later, firing home from outside the box in a 2-0 victory over Osasuna.

The 18-year-old’s future has been cast into doubt lately. He has under one year remaining on his current contract, and it is looking like he doesn’t want to renew.

As a result, manager Ronald Koeman excluded him from the matchday squads against Real Sociedad and Athletic Bilbao.

Bundesliga club Leipzig are said to be interested in signing the young midfielder.

Mundo Deportivo reports that the German side have submitted a €6 million bid for the Spain youth international. However, this is well short of Barcelona’s €20m asking price.

The Catalan giants are in desperate need of funds. They have racked up over €1bn in debt, forcing them to offload players.

All-time top goalscorer Lionel Messi has been the most notable departure, moving to Paris Saint-Germain.

Leipzig will be hoping to close the gap on Bayern Munich, who are aiming to win their tenth league title in a row.

The Bavarians finished 13 points clear of Die Roten Bullen last season and have since taken manager Julian Nagelsmann and defender Dayot Upamecano off them.

New boss Jesse Marsch has already been busy in the transfer window.

Andre Silva, Josko Gvardiol and Mohamed Simakan have been brought in, while Angelino and Benjamin Henrichs made their loan moves permanent.

They started the campaign with a disappointing 1-0 defeat to Mainz but have since bounced back with a 4-0 thumping of Stuttgart.