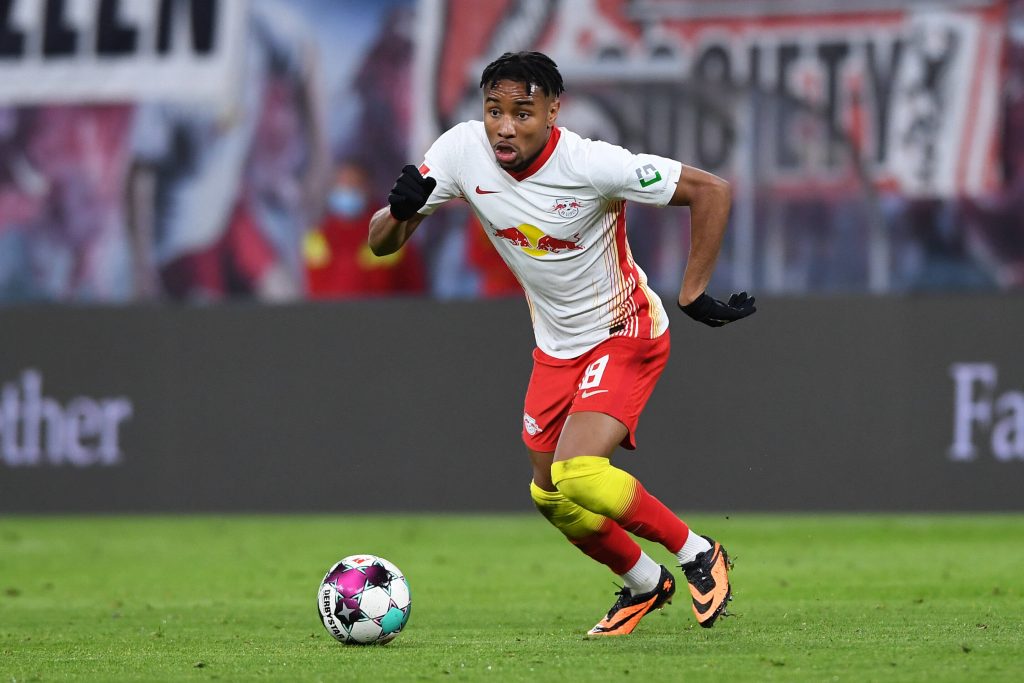 Christopher Nkunku joined RB Leipzig two years ago and is desperate to continue the trophy-winning form he enjoyed with Paris Saint-Germain.

Before they took to the pitch to play against Hoffenheim, star midfielder Christopher Nkunku sat down with Bundesliga.com to discuss the final few games of the season and what it would mean to the team and himself if they were to be victorious this season.

“Everything is possible,” he said. “We have six matches left – six finals, you could say. We have to win, no matter who we’re up against.

“We’ll give our all to pick up three points in each game. If we want to finish the season without any regrets, we have to win each game. That’s the objective.”

Speaking on possibly getting that first trophy by winning the DFB Pokal, Nkunku added:

“Yes, we’re determined. We’re fighting for the league and have a semi-final to play in the cup… securing the first trophy for Leipzig… we have a good mentality at the moment. We’ll see what the future holds.”

Nkunku believes that winning trophies is important and that winners are remembered.

“Winning titles is the objective,” Nkunku said. “No-one can take your trophies away from you. If you make it to the final but don’t win, no one will remember that you were there – they’ll only remember the winners. Winning trophies is a source of motivation.”

Unfortunately for Leipzig they faltered in their next game and could only secure a 0-0 draw against Hoffenheim to put the title into the hands of Bayern Munich.

They ran out 3-2 winners against Wolfsburg to open up a seven-point lead over Leipzig with five games remaining.

If Leipzig fail to win the Bundesliga, then Nkunku and his team will no doubt do all they can to ensure they lift the DFB Pokal for their first-ever trophy of the season.