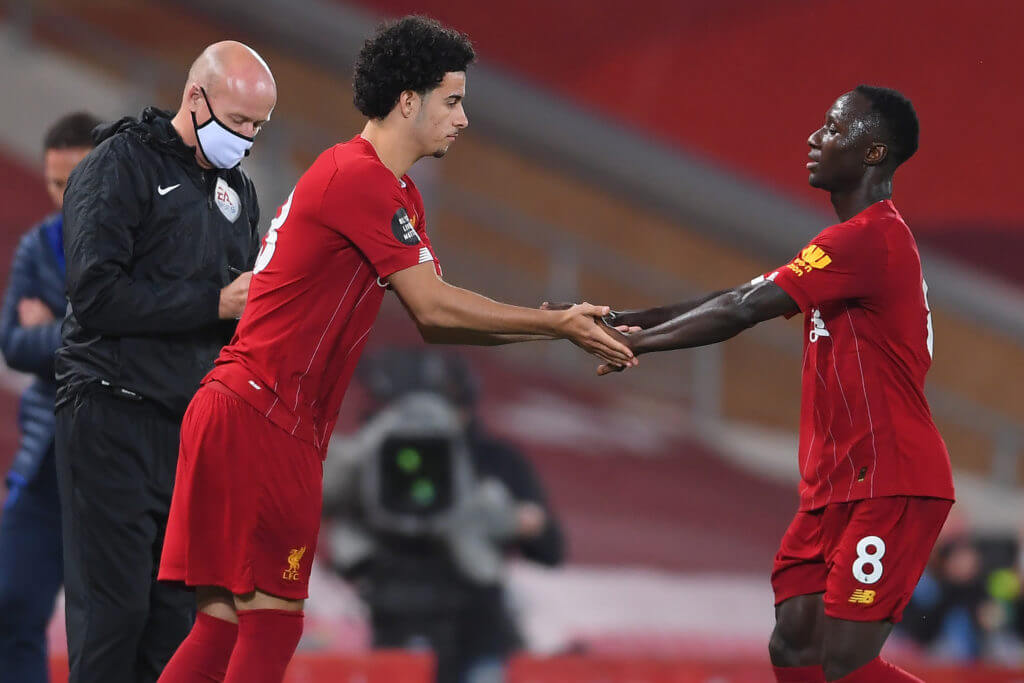 Liverpool will take on newly-promoted Leeds United in the opening game of the brand new Premier League season at Anfield on Saturday.

The Reds kick-start the 2020-21 campaign being the reigning champions, and they will look to become only the fourth team to successfully defend their title.

It has been a quiet transfer window so far for Liverpool, but Jurgen Klopp has retained faith in his squad that won the league last season at a canter.

Leeds are an exciting team to watch under Marcelo Bielsa, and they are expected to make a strong impact following their return to the Premier League after a 16-year absence.

Liverpool skipper Jordan Henderson is expected to take his place on the bench as he continues to work towards full match fitness. Likewise, Joel Matip should accompany him on the bench as well.

Alex Oxlade-Chamberlain is still undergoing rehabilitation for his knee injury. Xherdan Shaqiri has been absent from training for some time now, and he is unlikely to feature in the matchday squad.

Naby Keita impressed in the pre-season and this could be a big season for him. Liverpool paid £48m to secure his signature but he hasn’t been able to justify his price-tag.

Takumi Minamino has also impressed during the pre-season, but the 25-year-old is unlikely to start ahead of the front three of Roberto Firmino, Mohamed Salah, and Sadio Mane.