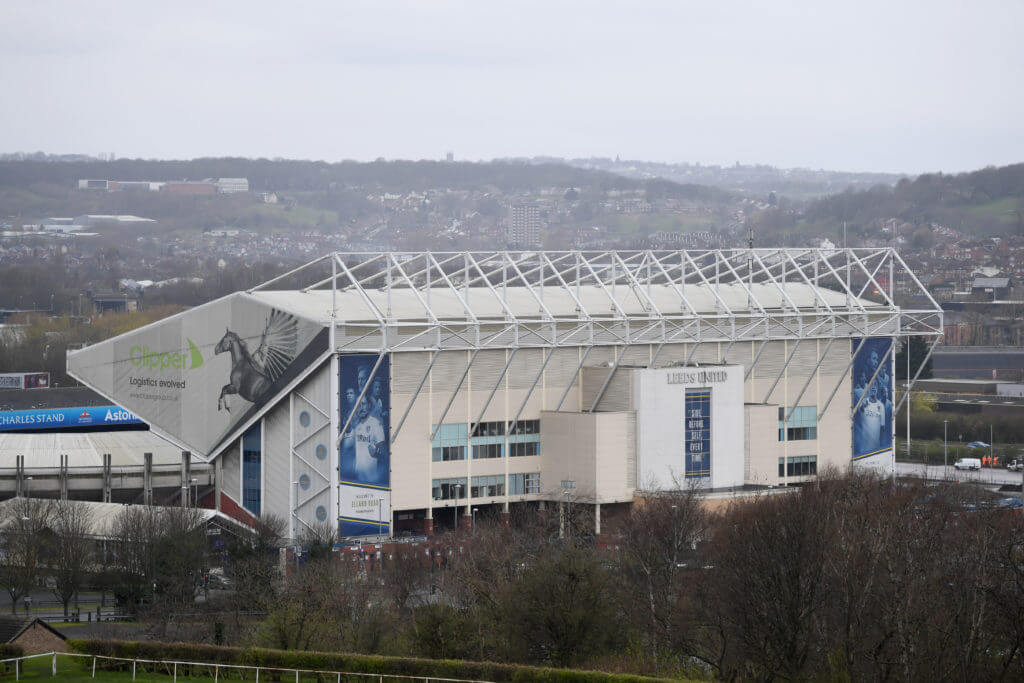 Leeds United announced their return to the English Premier League with an exhilarating performance against Liverpool at Anfield on Saturday.

Marcelo Bielsa’s side were handed a 4-3 defeat, with a late penalty from Mohamed Salah separating both sides after the visitors had equalized thrice.

Liverpool also opened the scoring from the spot and Leeds would have fancied their chances of winning were it not for the two spot-kicks.

They host fellow newly-promoted side Fulham at Elland Road on Saturday, and the fans would have loved to be available for their first top-flight home game since 2004.

It remains to be seen if they will be allowed back into the stadiums this season, but former Stoke City striker Peter Crouch believes that Leeds are the Premier League side that will most miss having fans around.

“Definitely Leeds. I played at Elland Road a few times and, I mean this in the most respectful sense, it was horrible,” Crouch wrote in his Sportsmail column when asked which club will most miss having fans in the stadium.

“The fans make it an ordeal for visiting supporters and I can remember the buzz there for Marcelo Bielsa’s first match against Stoke two years ago.

“In the Premier League, the intensity would have been even greater and would have given them such a lift. It’s hard to put a points tally on what their supporters would be worth but I can assure you a full Elland Road would make a positive difference.”

Elland Road was a haunting ground for visiting teams last season, and that would have been the case again this season were fans available to cheer the players on.

With the club finally back in the Premier League, tickets would have sold out within minutes for every of the 19 home games were it not for the coronavirus pandemic.

Leeds players can’t wait for the fans to return, and even having a couple of them back would do their morale some good.