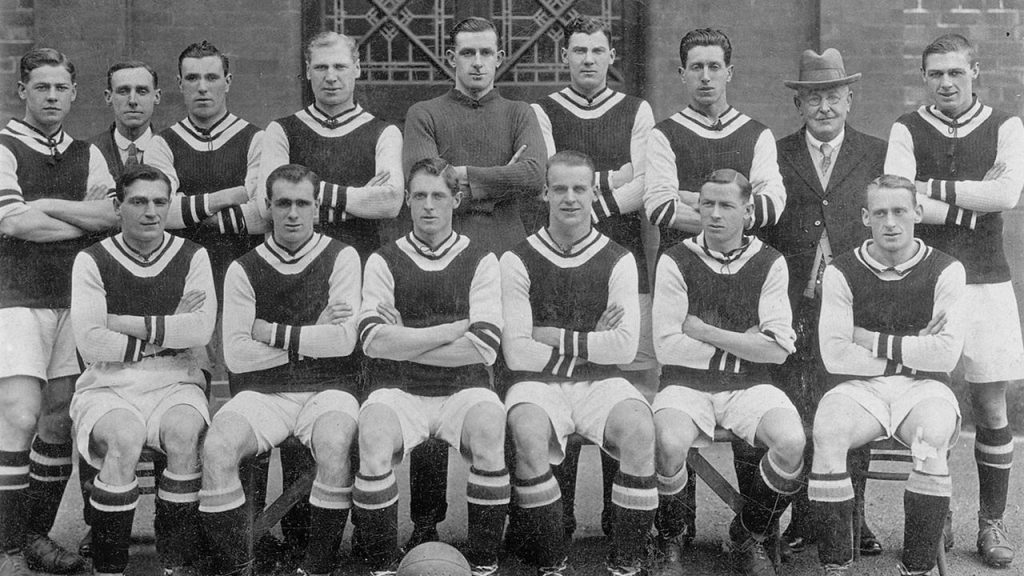 It was the opening day of the 1925/26 season and Villa were determined to make a strong start in the new campaign after finishing at a disappointing 15th the previous season – their joint-lowest ever position in league football.

It took just 20 seconds for Villa to begin their assault on Burnley as Len Capewell fired the ball in from an Arthur Dorrell cross. In the next fifteen minutes, Capewell added another and Billy Walker scored from the edge of the box. Capewell completed his hat-trick on the half-hour mark. Burnley were trailing by four goals but the misery piled on as the game continued. Captain Jack Hill injured himself after colliding with Villa forward George Stephenson and had to be taken off the pitch. This left the floodgates wide open.

Billy Walker completed his hat-trick in the second half, Capewell scored two more goals bringing his tally to five in the game, Richard York got his name on the score sheet, and last but not the least, Stephenson with blood on his shirt and mud on his face made it 10-0 to the mighty Villa.

There was genuine optimism among Villa fans that this could be a good season for the club. But reality came crashing in and they lost their next game 3-0 to Manchester United.

Burnley on the other hand conceded 108 goals that season and still managed to survive the clutches of relegation. They finished just one point above Manchester City who along with Notts County dropped to the second division. City had both scored more and conceded fewer goals than Burnley that season.

On this day in 2009, Cristiano Ronaldo scored his first goal for Real Madrid in the 3-2 win over Deportivo la Coruna.

This was the first league start for Real’s £80 million summer signing from Manchester United. Ronaldo was joined on the pitch by fellow debutants Kaka, Xabi Alonso and Karim Benzema. But it was an old guard who put the side ahead.

Benzema’s shot rebounded off the post and club captain Raul made it 1-0. Deportivo equalised minutes later thanks to a header from Riki. A while later, Deportivo keeper Daniel Aranzubia brought down Raul inside the box awarding Los Blancos a penalty. Ronaldo stepped up and put the ball in the back of the net marking a goal debut.

Deportivo equalised yet gain but Lassana Diara’s pile driver from outside the d-box was enough to give Real a 3-2 win.

Ronaldo would go on to score in the next three league games becoming the first Real Madrid player in history to score in each of the opening four matches of a new season.