Would Liverpool be top four with fans allowed at Anfield? 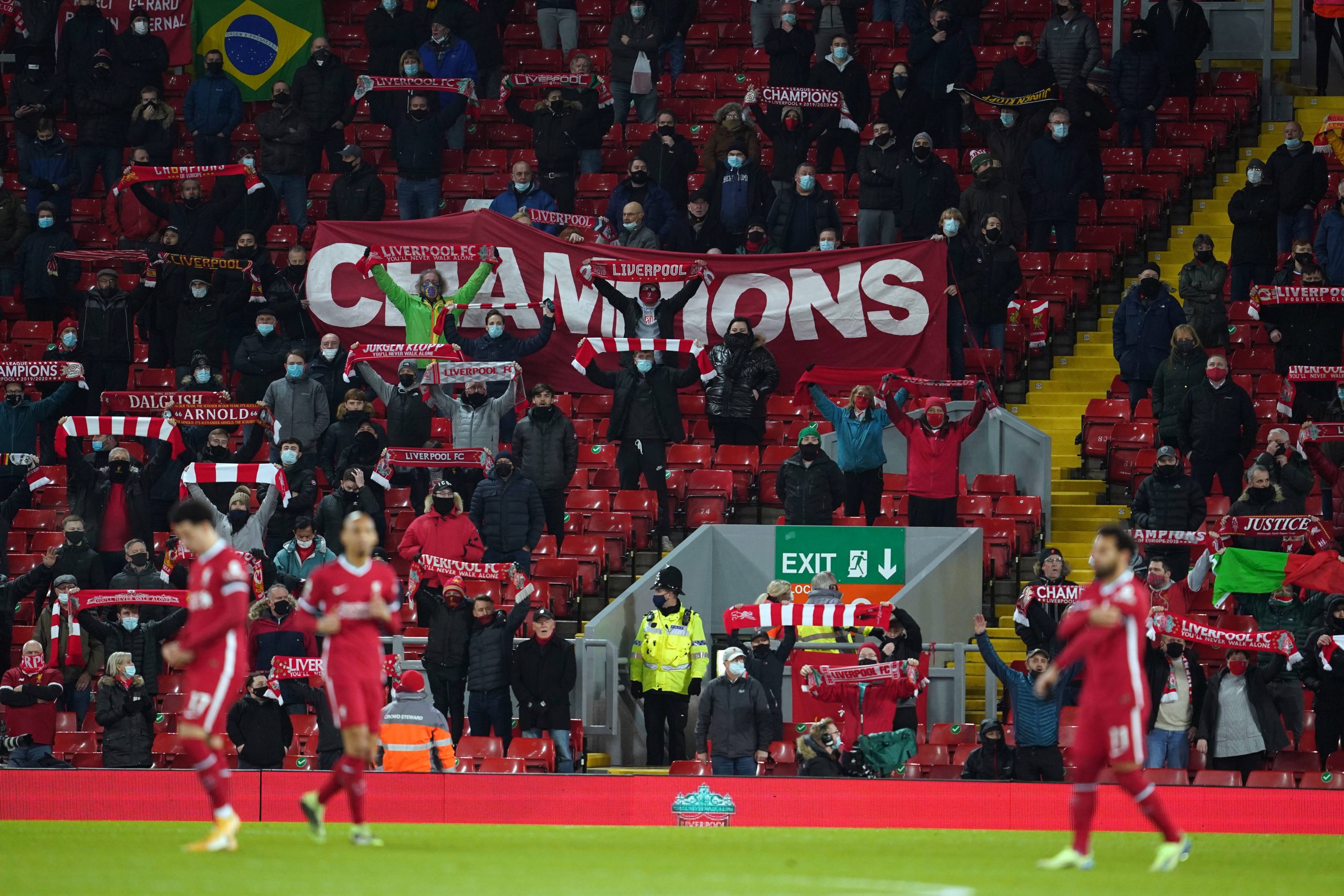 Anfield had been on a 30-year title wait in the Premier League before Jurgen Klopp led Liverpool to the top of English football in 2019/20.

An utterly exceptional season for the Merseyside giants included an array of magical moments, especially on home turf.

Anfield used to be a fortress, probably the most intimidating visiting venue across Europe’s top-five divisions.

Backed by an intimidating atmosphere generated by 53,000 people, Liverpool racked up a staggering 68-match unbeaten home run in the Premier League.

A remarkable streak that spanned across three different seasons culminated with a return of 18 wins from 19 home games in 2019/20.

Frantic Liverpool fans produce a unique atmosphere that often paralyses the visiting sides while putting wind into their team’s sails.

It comes as no surprise that the second-longest unbeaten home streak in the Premier League history came to a halt in front of empty stands.

Last season it would be unthinkable for Burnley to even dream of picking up all three points at Anfield.

However, with no supporters in the stadium, the Clarets snatched away a 1-0 victory on January 21 to end Liverpool’s overwhelming run.

The coronavirus pandemic forced the Premier League to shut down the stadiums, which has had a devastating impact on the home teams.

Liverpool are probably the best example of how harmful that decision has been. Although injuries to key personnel have been devastating, they have suffered more than most in terms of results and home performances.

Without their feverish fans to carry them forward, the reigning champions have endured a thoroughly underwhelming Premier League home campaign.

Since the turn of 2021, the Reds have claimed just one win in nine Premier League fixtures at Anfield, losing six in a row before a 2-1 victory over Aston Villa on April 10.

After clocking up the longest unbeaten home run in the club’s history, Klopp saw his side set an unwanted club record of six straight Premier League losses at Anfield.

In Liverpool’s 129-year history, no generation had ever suffered six consecutive league losses at home before this season’s fiasco.

While many put Liverpool’s dip in form down to Virgil van Dijk’s injury, there is a genuine feeling that the absence of fans is the main reason behind the team’s collapse.

It is hard to say whether the Merseysiders would have defended the title with supporters to stand behind them, especially with Manchester City in commanding form this season.

But from the historical point of view, there is no doubt that a terrifying audience completely changes the complexity of Liverpool’s home matches.