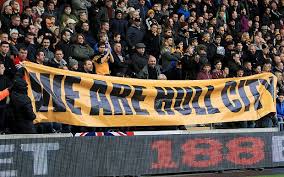 Steve Bruce’s Hull City are in a precarious position.  Yes, they sit in 15th position of the English Premier League, three places and four points above the relegation zone.  Certainly, 15th whilst heading into March is not a disaster for a club of Hull City’s size and ambition, whose end of season target ever since Bruce pulled the club back into the big time in his first season (2012/13) must surely continue to be consolidation and consistency by avoiding relegation and remaining in the English Premier League.  By the end of the 2012/13 league season, the club trailed eventual champions Cardiff City by 8 points to finish 2nd in the Championship and gain automatic promotion.  The same Cardiff City who now also occupy 15th position…back in the Championship.

Although Hull’s current league position with over 2 months of the season remaining is not catastrophic for a footballing team from a rugby town, and February was a generally good month for the club, these continue to be worrying times for Hull fans.  There was much promise and good vibes around the club when the Summer of 2014 ended and the new season began.  After a memorable adventure reaching the FA Cup Final, Bruce made a considerable outlay on established players including £10 million on Abel Hernandez, £8 million on Jake Livermore and £6 million on Robert Snodgrass.

Hernandez scored 14 league goals in 28 games at Palermo in the season prior to his arrival, also boasting 16 Uruguayan international caps (8 goals).  Jake Livermore had been at Spurs since a young age, but following an impressive loan spell with Hull, became a fan’s favourite, so Bruce swiftly went about securing his services on a permanent basis.  Snodgrass was undoubtedly Norwich’s most skilful player, and a Scotland international regular, so it was widely viewed to be a shrewd piece of business to bring him to the East of England for such a fee.   Other new additions and worthy mentions are Andrew Robertson (Scotland’s newly established young and pacey left-back after a meteoric rise through the leagues), Michael Dawson and Tom Ince.   They even managed to receive an unfathomable fee of £12 million for Shane Long (2 league goals in 19 Southampton appearances since).

However, after a promising 1-0 away victory against QPR on the opening day of the season, it has been a struggle at times.  Aston Villa have only defeated 2 clubs at home this season (it seems quite some time ago when they were enjoying their best start to an EPL season), and Hull City are one of them.  Despite the club’s relatively poor defensive record of 36 goals conceded in 27 games (only 1 goal less than Aston Villa in 19th position), it is goalscoring which has proven a problem area.  The months of September and October were the most enjoyable of months for Hull fans in the first half of the season for different reasons.  The team scored 2 goals in all three of their September league games (against West Ham, Newcastle and Man City), yet only picked up 2 points.  However, they were repaid when their impressive goalscoring pattern continued in October, scoring twice against Arsenal and Crystal Palace, which returned an acceptable 4 points.  They were a comfortable 9th at the end of October.

Then November arrived.  Hull played 14 league games between November and January, managing only 7 goals (3 of them came in the one game against Sunderland).  In 10 of these 14 games, they could not muster a single goal.  Admittedly, matters improved greatly in February, which is the only reason Hull City do not find themselves in the relegation zone at the moment.  The team scored twice in games against Aston villa and QPR, winning each of them.  They were also denied a massive 3 points away to Manchester City due to a somewhat undeserved 90th minute equaliser from James Milner.  Hull striker Nikica Jelavic has bagged a goal in each of the two vitally important February victories, whilst their big signing Hernandez has assumed a regular substitution’s role with the suggestion that he is not the man to ward off relegation, not this season anyway

Hull must continue their February form into March and ease themselves up the table before the panic buttons are hit in April and the mental strain of the relegation trapdoor and begin to affect performances.  A look forward to the club’s three league fixtures in March shows how big of a month is ahead.  A home game against Sunderland, an away game against Leicester, and a home game against Chelsea.  In this instance, it is not so much how many points they come away with, but rather, who the points are taken from.  Sunderland sit one point below Hull in the league after 27 games, and are dealing with their own struggles.  Leicester and former Hull Manager Nigel Pearson are rooted to the bottom of the league table, with the recent wrestling match against an innocent James McArthur as clear an indicator as possible to demonstrate the strain placed on EPL managers handling relegation pressures, and the vast amounts of money this will cost any doomed club.

One of the best feathers in Hull’s cap this season has been the beating of teams around them, an adage often declared as being pivotal to your performance and final league position as a team at the top or bottom end of the table dependent upon your respective league position ambitions.   During the season, they have beaten QPR twice, saw off Sunderland in their only meeting, and avenged Aston Villa’s early season defeat with an easy 2-0 victory last month.  These are the types of results which must continue for the remainder of the season.  Steve Bruce will claim he will take points from anywhere, which is true, however, the fact remains that if you take points from your closest rivals, this is less points on the board for them, and one less game to gather the necessary points to survive.

So, Hull City find themselves in a relegation tussle.  Perhaps it has not yet escalated to a ‘fight’ yet, but there is some grappling to be done between now and May 24th when they host Manchester United.  Will Steve Bruce have guided the club to a position of safety before the arrival of the club he is hailed a legend?  Many would argue that Bruce is remains the best man for the job considering his experience in managing relegation-threatened clubs (Birmingham City, Sunderland and Wigan), along with the +700 league games he has endured in his managerial career.  Hull City fans will be hoping so.  The same fans will also be hoping they can muster better efforts in forthcoming matches than the one shot on goal achieved in the 1-0 defeat to Stoke on Saturday.  The last time the club enjoyed a good spell of form in October, the following months were not enjoyable for Hull fans.  Let us hope that the same pattern does not emerge after their good spell in February.