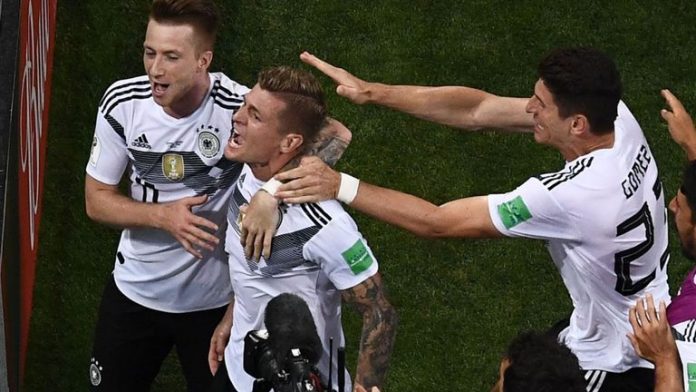 It is tight at the top of the Sportslens Predictor competition, with over 1000 players battling it out for top spot during the 2018 World Cup.

The final round of games in the group stages is upon us, with plenty of teams fighting to secure a place in the knockout stages.

While some pools are already wrapped up and the top two are through to the round of 16, in others results over the next four days will dictate their fate.

After round two I am still in with an outside chance of winning the 50-inch television, sitting just outside the 100 mark – while our editor is #5 – where are you?

Round two starts with Group A, where Russia and Uruguay are battling it out for top spot and will face each other on Monday.

While the South Americans were heavy favourites to win the group, I have backed the tournament hosts to upset the apple cart 2-1. 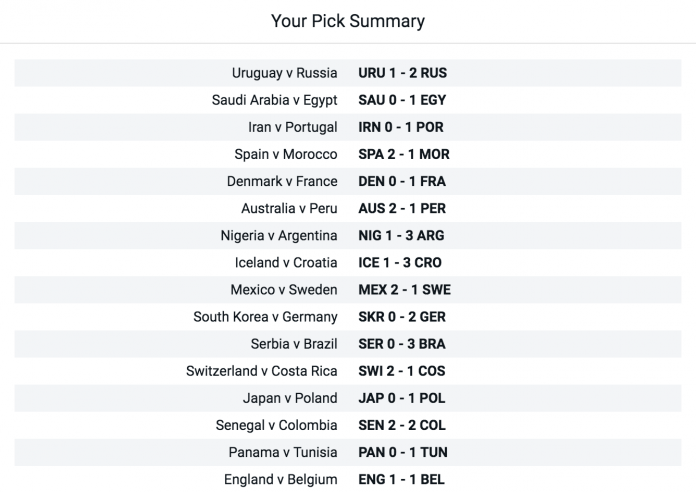 It is hard to see anything other than Spain and Portugal winning in Group B, while France should be too good for Denmark in Group C.

Group D is an exciting prospect, with Argentina and Nigeria facing each other and hoping that a win will be enough to see them into the round of 16.

I have backed Lionel Messi’s men to win, but the South Americans will have to hope Croatia also do the business against Iceland.

Brazil still face the prospect of being eliminated if things do not go their way in the clash against Serbia, but I have backed the Selecao to be too good for the Balkans, winning 3-0.

In Group F, Germany will look to build on their last-gasp win over Sweden with another victory against a rudderless-looking South Korea – I reckon the 2014 champions will prevail 2-0.

While England and Belgium may change their starting XIs for the Group G decider, a draw is a safe bet.

Finally, Senegal and Colombia should play out an entertaining game in Group H, with every chance that both teams will be in the round of 16.

Enjoy round three of the World Cup and get those predictions in!