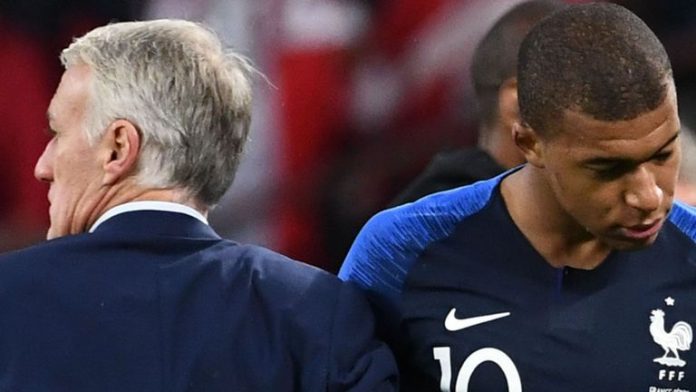 Day 17 of the World Cup – a day where fans had to find something else to do other than watch football matches.

After just over two weeks of non-stop action during the group stage, the tournament took a well-earned break ahead of Saturday’s first two games of the last 16.

France vs Argentina and Uruguay vs Portugal could create a day to remember, but it would be a brave move to state with certainty who will win both games.

Whichever way the results go there will be some big names exiting the tournament on Saturday – something that will probably please the teams in the other half of the draw.

France and Uruguay are the bookies’ favourites to progress, although Lionel Messi and Cristiano Ronaldo are both likely to strongly disagree with that viewpoint.

Backing both to score in their respective games pays almost 5/1 – worth a punt?

Didier Deschamps wasn’t known for his flamboyance during his playing career and his character hasn’t changed much now he is in charge of France.

Anyone hoping for a rallying cry that his team were ready to nullify the threat posed by Messi were left sorely disappointed at the pre-match press conference, with Deschamps eager to focus on the inexperience of his squad.

“Messi is Messi – we’d like to mark and neutralise him, but we know very well he can make the difference with very little,” he said. “We have to take that into account.

“I’m not looking for excuses. On the contrary. But, as you know, we have 14 players who’ve never competed at a World Cup. Five played for the first time against Australia, another five against Denmark, so whatever their individual abilities I think this should allow some indulgence.”

While Deschamps imparted a rather uninspiring tone ahead of Saturday’s game, head coach Jorge Sampaoli was doing his best to convince everyone that all was well in the Argentina camp.

Rumours of a player revolt have refused to go away, with Messi at the centre of some of the murmurings, but Sampaoli appeared to suggest that any potential problems in the camp lay elsewhere.

“He needs the support from his teammates – only then will he be able able to play at his best,” he said.

“His human side is amazing. He is a person who feels, who cries, who suffers, who’s happy when Argentina win. I’ve seen him sad and I’ve seen him happy.

“People have said he doesn’t enjoy playing for Argentina. That’s not true.”

For a player who didn’t exactly pull up any trees during his time with Liverpool and Sunderland, Uruguay defender Sebastian Coates appeared somewhat dismissive of the threat posed by Ronaldo.

The Portugal star has already scored four goals at the tournament, but Coates insisted that Uruguay won’t just be concentrating on stopping him.

“We will mark him with the same respect we mark everyone, despite him being a superstar,” he said. “You don’t prepare for a match just looking at one player.”

Ronaldo has so far failed to score a single goal for Portugal in the knockout stages of the World Cup. Don’t be surprised to see him put that right on Saturday.

Uruguay came through the group stage without conceding a goal. Austria were the last side to score against the South American side in a friendly back in November, and Portugal coach Fernando Santos admitted they will be tough to break down.

“They are a typical South American side,” he said.

“It’s not just in this World Cup that they have not been conceding goals – it has been like that for the whole of 2018.

“Oscar Tabarez is the longest-serving international manager. That means he has a very strong relationship with his players.”